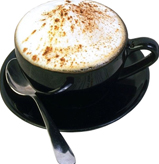 Over the last few days I have been on the Web Mission 08 trip watching 20 UK tech start ups try and make a name for themselves in Silicon Valley. This has largely meant hanging out in dodgy San Francisco bars, chomping on business brunches and watching entrepreneurs as they pitch their business ideas to VCs, bloggers and to each other.

To be honest it has actually felt a little like an anthropological field trip and I feel I have learnt an awful lot about the psyche of people stupid brave enough to try and create their own Google, YouTube or Bebo.

1 You need to have a monster ego – Obviously no one on the Web Mission trip would admit to this but to have a business idea and execute it you need to be a bit, how shall we say, full of it. There are not many shrinking violets in this party.
You probably need to have had an eventful childhood too. There are a lot of people on the trip with a point to prove. So be careful who you bully at school as they might end up as the next Jeff Bezos.

2.) You need to have an Eureka moment – Of course ideas can come from all kinds of stimulants but the one favoured by the UK party seems to be caffeine. Several entrepreneurs, including Manooj from edocr, claim to have come up with that world changing idea while sipping on a cappuccino. Maybe there’s a business idea for Starbucks here – ‘would sir like first stage funding with his Soy Latte?’
Other entrepreneurs, who shall remain nameless, admit to having a genius moment in the bath. But the best story of all belongs to Alicia from Skimbit. She came up with the idea for her very clever online decision making tool while in an interview for a job with Google. She didn’t get the job, but then Google didn’t get Skimbit – for now at least.

3.) You need to work that idea – Start-up owners go from brainwave to fabulous wealth in less than two years, don’t they? Apparently not. There aren’t really that many overnight successes around. Take David from music site Slicethepie. He says it took him a couple of years and an awful lot of reading before he refined the concept for his business. Meanwhile the genesis of social networking travel site Wayn took several months and appropriately enough revolved around a string of exotic locations including Haiti and Poland.

4.) You need to rope in your techie mates – Whisper it but if this trip is anything to go by most founders of tech start-ups don’t really know their PHP from their Ajax. Instead they leave that to their tech-savvy mates. Whether the real geeks have the social skills to drum up finance, network like crazy and charm bloggers and journos is a bit of a moot point.

5.) You might need to pester your mates for cash – You have a great idea and a geek who can build a site, but you are still going to need a few quid to get it started. If you are lucky, like Damon from desktop widget maker Zebtab, you might have a few pounds from your previous start up. Some companies like Kwiqq, which hopes to one day deliver the WordPress of social networking software, fund the early stage of their business through consultancy and working for clients.
However early finance can come from the most unlikely places too. Sokratis from recommendation site Trusted Places said that one of the site’s key early investors was someone he used to play basketball with at University.

6.) You need to get the business plan together – Err, this is the hard bit. It involves not only a working knowledge of Excel (yawn) but the vision to be able to project how your business will make money in 3-5 years time. Don’t fret about it too much though. A couple of the start-ups on the trip acknowledge that the latter stage of their business plans – beyond the first six months – are a complete work of fiction. Obviously I am far too polite to say who.

7.) You need to keep your options open, or maybe you don’t – Back in the heady web 1.0 days there seemed to be only two ways to make money from your online business – sell stuff or attract advertising. This time ’round there are a lot of companies who hope to make their millions selling ads, but also have a plan B or two.
So, for example, a site like Hubdub can offer a version of what its main destination site does tailored to meet the requirements of other online publishers. Music site Slicethepie has about five potential sources of revenue while edocr, Skimbit and Trusted Places also claim to be thinking beyond just attracting brands to their sites.
Other businesses have changed tack as their expected major source of revenue hasn’t quite delivered. Take Wayn, which started off as a Friends Reunited style subscription based service. It still offers a variety of subscription options but expects to make most of its money via advertising.

8.) You will probably need to seek round one funding – Most of the companies on the Web Mission have had some kind of basic funding, either from VCs or more likely from rich investors which the biz calls angels.

Persuading British VCs to part with their cash can be a long and arduous process filed with endless PowerPoint presentations, spread sheet predictions and day long meetings. But that isn’t always the case. A couple of start-ups claim to have squeezed serious money from investors by showing them sheets of paper with a few drawings on them.
Your first flush of cash means you can quit your job, employ staff and unleash your genius idea on the big wide world.
But it is obviously advisable to take the cash and get pissed first. At least one founder of a start-up admitted spending the evening after signing their contract downing £300 bottles of champagne.
However contrary to my expectation it seems that most start-ups don’t radically revise their business plans (to include flash offices, endless foreign jollies etc) after securing funding. Sonia from Webjam admits to the odd tweak here after their £1 million investment but says that their business plan hardly changed at all.

9.) You need to go for scale or go for the cash – So, do you go all out to monetise the business? Or is it better to concentrate on attracting loads of users and worrying about the money later?

In the US most start-ups seem to focus on scale and expect second or third rounds of funding before they get anywhere near profitable. Exhibit A is Next New Networks a US based video based blog network. It has so far taken over £10 million of investment in two rounds yet it still yet to place any ads – its core monetisation strategy – on its site.
Some UK start-ups have also followed this route. Sokratis from Trusted Places says his business took the investment and decided to grow the business first and monetise later. He says that by choosing this route he knew that Trusted Places would always have to go for a second round of funding. His advice to new start-ups is to start thinking about second round funding the day you close the first one. Music site Slicethepie has now had three rounds of funding and according to founder David Courtier-Dutton may consider more.
However with the credit crunch now limiting the amount of investment in start-ups some new businesses may need to break even earlier than they’d expected.

10.) You need to harbour Valley envy – So you have funding to enable you to scale your site, VCs on hand to offer advice and make those crucial business connections and a plan that promises a turnover of £5million within two years. You may however have to think about a second round of funding and if you are a UK start-up here’s where Valley envy kicks in.

Many entrepreneurs on the Web Mission are suffering from a severe bout of Valley envy. They see the bigger funding deals in the US, as well as the amazing support from the Valley VCs who are of course plugged into the infamous Silicon Valley eco system, and turn an odd shade of green. Life as an entrepreneur all seems a lot easier on the West Coast of the USA.

To make matters worse it is pretty clear that most US VCs won’t consider investing in small UK start ups. The level of support VCs in the Valley like to give the businesses they invest in, so they tell us anyhow, means that they want them close by. This means they can attend board meetings, make introductions and offer advice and opinions and it is quite tricky doing this if the business is thousands of miles away and eight hours ahead.
The solution for some businesses might be to keep the core structure in the UK but move key staff out to the Valley. Several companies on the Web Mission trip are actively considering this but whether this makes them any more attractive to US investors remains to be seen.

The other alternative is to ship the entire business from Europe to the US. This works for some companies – for example Germany’s biggest blog network, Creative Weblogging is based on the west coast of the USA. Bebo, started by an English team, operates out of the Bay Area in spite of the fact that its main success has been in the UK and Ireland.
The difficulty for many British entrepreneurs is securing that all-important visa. It may take months for a Brit to get their work permit, if they get one at all, and in many instances that could mean the death knell for their business as they may have run out of money or been overtaken by a rival.

11.) You need to have an exit strategy – Aaah, exit, the word entrepreneurs love more than any other. There are some CEOs of start-ups who claim not to have an exit in mind when they begin their business, but they are probably lying. Sure there may be some companies who one day might be the next Microsoft, Oracle or Facebook, but most start-up founders dream of being scooped up by a Google, AOL or News International. There have been some spectacular exits for UK companies in recent years, most notably Bebo ($850 million) and Last FM ($280), but the reality for most of the companies on the web mission trip is that the huge exit is likely only ever to remain a distant dream. Which bring us neatly back to where we started…

For more on Web Mission try here or for an insight into what is really going on go here.