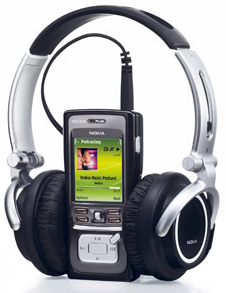 Whilst EMI may still be undecided about signing on to the initiative that will bundle the unlimited music download plan with Nokia handsets, Sony BMG has no qualms about joining up, with their whole catalogue of tracks available for download from the second half of 2008, when Comes With Music is expected to launch.

The unlimited plan is on offer for the first year of ownership on that mobile, with the songs downloadable via the handset or user’s PC. According to Nokia, once the year-long contract has expired, the tracks will remain playable, unlike certain download programs which render them useless once the contract is cancelled.

With Sony BMG signing on to the Comes With Music plan, customers can expect hits from Justin Timberlake, Rage Against The Machine, Bob Dylan, Foo Fighters and plenty more, alongside tracks from Universal, and hopefully EMI.