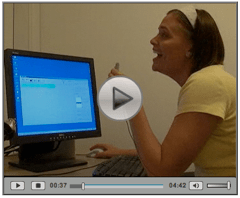 Two techies at Microsoft’s research lab have developed software which can automatically generate a musical backing track to anything sung at it.

MySong allows “creative but musically untrained individuals [to] get a taste of song writing and music creation,” according to co-creator Dan Morris.

The algorithm has been trained to recognise fragments of melody and chords that may work well with that, after having analysed around 300 rock, pop, country, and jazz songs. Various aspects of the accompaniment can be tweaked, such as how happy or sad it sounds, how many jazz chords are used, and so on.

It’s never going to produce a polished song, but it can provide a framework for budding songwriters (or even experienced ones who just want to generate a few instant ideas to set the creative juices flowing) to hear something in real time.

Morris says that the algorithms used aren’t particularly demanding, and there’s the possibility of the software finding its way onto mobile phones. However, Microsoft hasn’t yet decided when or if to market this to a wider audience.

“Hi, I’m Connor and I really want to write a song for my girlfriend for her birthday, but I don’t play any instruments. Fortunately, I just found MySong, and now I’m a brilliant songwriter…”

“Hi, it’s Connor again. My girlfriend just dumped me, now I want my love song to be a break-up song, but thanks to MySong, I don’t even have to create a new song…”

And marvel at the jingle for “Bob’s deli”.

Read more about the technology and watch a demo video here.