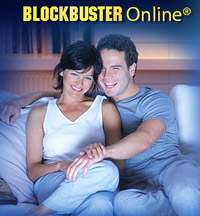 Poor old Apple. Everyone wants to invent a “killer” to take out its products – and the next cold-blooded assassin is video rental chain Blockbuster.

Blockbuster is developing a video-streaming set-top-box to rival (KILL!) Apple’s shopping/streaming/watching Apple TV system, according to The News.

Rumoured to be announced some time this month, the Blockbuster gadget is based around the Movielink (not available in the UK) service BB bought last year, which currently lets people – legally, for once – watch movies on their PCs. Coming as a separate, standalone TV box, the Blockbuster system, when it eventually arrives, will also have the growing Xbox 360 download service to contend with as well as the Apple mafia.

Not to mention ‘Bittorrent’. We predict a painful and protracted financial failure.