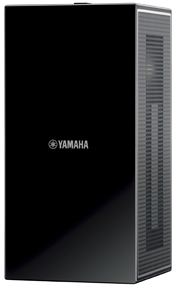 You’ve got to wonder about a press release, when in the first sentence they mention the ‘soon to be released i-Phone from Apple’. Did they write this product release a year ago!?

Nonetheless, if you disregard that obvious error, you’ll discover that Yamaha is having an early April Fool’s with their NX-BO2 Bluetooth speaker which syncs to your mobile phone to access all those compressed tracks you’re toting. They’re claiming the 10 watts flowing through the portable speaker will give the user ‘unsurpassed audio excellence’, but I think we’re all intelligent enough to know that a Bluetooth speaker syncing with a mobile phone will lose a heck of a lot of the jollies out of the already-compressed tracks.

Otherwise, there’s a 3.5mm lead for attaching to your MP3 player, but at £179.95, I’m sure you could find cheaper speakers with better fidelity with other companies. Nice try Yamaha, but it’s not a patch on your Tenori-On.