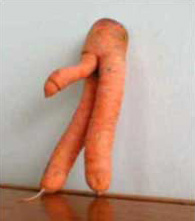 The battle to prevent men from spreading their seed like dogs on heat goes on. Scientists in Australia have developed a high-tech replacement for the vasectomy. It’s a radio-controlled implant that acts as a valve inside your sperm ducts, opening and closing according to preference.

“It will be like turning a TV on and off with a remote control,” team founder Derek Abbott tells New Scientist. Implanting the valve will be a less complex surgical procedure than a vasectomy, and so will require less recovery time. But the main benefit, of course, is that it’s reversable at the click of a switch.

Don’t rush to your doctor demanding one: it’s got to be tested in the lab, and then on sheep and pigs before it makes it to human willies. I look forward to the rash of ‘whenever my neighbour opens his garage door, I ejaculate’ tabloid stories if it ever does become a licensed medical procedure…