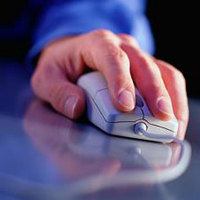 I’m guessing few people go of their way to test broadband speeds at home. But of any of you do, you could be in for a nasty shock.

According to a survey by Which?, there is a huge gap between advertised broadband speeds and the actual speeds users can achieve, research has shown. And broadband packages promising speeds of up to 8Mbps actually achieve far less. Indeed, tests of 300 customers’ net connections revealed that the average download speed was 2.7Mbps. Factors influencing speed include how many people are being served by your local telephone exchange, how close you are to the telephone exchange, the length and gauge of the line from the exchange, electromagnetic noise from other lines in a cable or wiring within your home and the modem you use.

A BT spokesman confirmed that 8Mbps would be a rarity for users: “Virtually no-one will get it. The laws of physics start applying as soon as it leaves the exchange and you would have to live on top of the exchange to get the full 8 megabits,” he said.

Ofcom is said to be monitoring the situation.