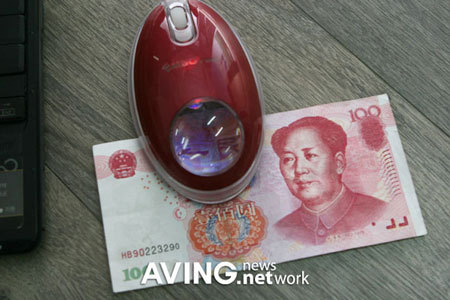 Having a method of detecting dodgy bank notes is certainly worthwhile – but packing that into a computer mouse doesn’t seem like the best idea.

That’s the idea behind Embotec’s EM-D275 money detector mouse, soon to be hitting the Korean market. Just a scroll of your mouse can identify counterfeit money and gift certificates via an adopted lens controlled by the scroll button. The detector then resets itself to use again in just 13 seconds.

Obviously all this is reliant on you having a computer near your till point. Which isn’t the case for most garages and convenience stores, let alone supermarkets. But if you have, it’s a great idea. No news on pricing or if it will ship outside Korea.