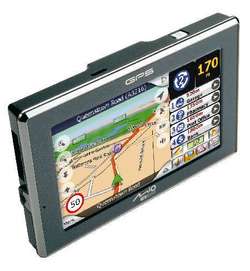 Mio has added four new sat nav devices to its range – the C320, C320t, C520 and C520t – slimline units and all with 4.3-inch widescreen displays, click-in docking cradle and a powerful speaker for voice clarity.

The top-end C520 and C520t also feature hands-free mobile calling via the built-in Bluetooth, as well as an MP3 player, photo viewer and calculator.