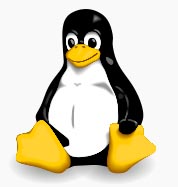 Linus Torvalds, who created the Linux, has responded to Microsoft’s claims that the open source operating system violates 235 of its patents.

“It’s certainly a lot more likely that Microsoft violates patents than Linux does,” Torvalds told InformationWeek. Torvalds argued that if the source code for Windows was available to be examined like Linux’s is, then there would be examples where Microsoft violated patents held by other companies.

Torvalds also said that Microsoft should list which patents Linux violates so that those parts could be re-written.

“Naming them would make it either clear that Linux isn’t infringing at all (which is quite possible, especially if the patents are bad), or would make it possible to avoid infringing by coding around whatever silly thing they claim,” he said.