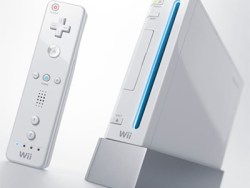 That’s what Kyoshi Shin of the Japan-based International Game Developers Association says, anyway, suggesting that developers there are shifting their resources towards the Wii, and away from the PS3. It’s unclear whether this represents a wholesale ditching of PS3, or just an initial underestimation of how popular Wii would be though.

Meanwhile, in Canada, Wii Sports is being used to rehabilitate stroke victims at Edmonton’s Glenrose Rehabilitation Hospital, including one boxer who’s regaining his movement by playing Wii Sports Boxing. And in other news, Wii owners will get a new edition of top beat ’em up Soul Calibur later this year.