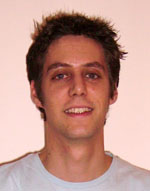 When is an online app not an online app? When it’s running offline. With the help of some clever jiggery pokery from those crafty Google engineers it could soon become a reality.

Gears is Google’s new browser extension that will allow online apps – like Gmail and Google Docs – to run on a PC when there’s no available internet connection, like when you’re out and about. Or maybe you’ve wrapped yourself in tin foil to to protect yourself from potentially harmful Wi-Fi radiation.

With Gears in place, Google’s suite of applications makes a huge leap from useful but not exactly Microsoft Office challenger to something that could have the people up at Redmond a little bit bothered.

Of course, in typical Google fashion, it’s not keeping the technology to itself and it’s happy to share with other players too. Gears is an open source project and it’s working with Adobe, Mozilla and Opera to get it working to everyone’s satisfaction.

It’s also, again in Google style, in very early test mode – the only app currently supported is Reader, Google’s RSS feed aggregator. But the fact it works at all is a huge step forward.

Without Gears, Google’s suite of online apps will always be dependent on the quality of your internet connection. If it goes down, or just has a sulky moment, then you’re going to run into problems pretty quickly. Put Gears in place and it’s much more tolerant to a difficult connection.

Google will no doubt continue to deny that its online apps are aimed at usurping Microsoft Office – and when they were purely online that was probably true. But allowing them to run offline too changes the game entirely. There’s going to be an interesting fight ahead.