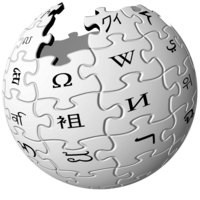 The founder of online user-edited encyclopaedia Wikipedia claims that his company is ready to take on the might of Google and Yahoo, and grab as much as 5% of the search engine market.

Speaking in Tokyo, Jimmy Wales said that the idea that Google has an edge because they have “super-duper rocket scientists” may be a little antiquated now.

Google and Yahoo are both ‘black boxes’ that keep their ranking algorithms a closely-guarded secret. Wales’s idea is to get users to work together to improve search engines, just as Wikipedia users do now.

It’s an interesting concept, though I can’t help wondering how easy it will be to game the system. Digg has ongoing problems due to people trying to rank highly, and whilst it isn’t a search engine, I can imagine similar problems tarnishing the reliability of a Wikia search engine.

Look at how many people try to manipulate Google to get a good search ranking. I wonder what measures would be put in place to stop a user-controllable search engine becoming a free-for-all with spam results getting high ranking.

Given recent reports of Wikipedia still battling misinformation, I think a Wikia search engine would be an interesting, though unreliable, project.

Having said that, any project that gives an alternative to the might of Google, even in some small way, has to be good for the Internet.