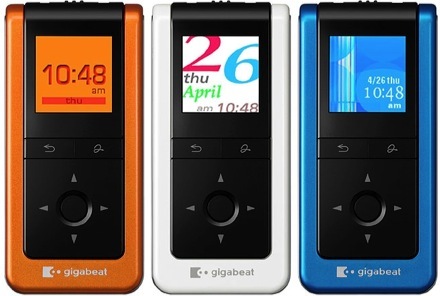 Toshiba has updated its range of gigabeat digital players – in Japan at least – with the launch of the U series.

What you get is improved sound and some useful added features. Available as 1GB and 2GB players, they now feature Toshiba’s high-quality, 1-bit TC94A82XBG DAC, along with an integrated FM receiver/transmitter for playback of radio and playback of your digital files via your car’s audio system or other device featuring an FM receiver.

There’s also a 1.1-inch OLED display, 20-hour battery life and support for DRM, as well as all other expected formats. It hits Japanese stores on April 7th, retailing for the equivalent of £60 for the 1GB model and £75 for the 2GB player. Hopefully we will see these in the UK later this year.