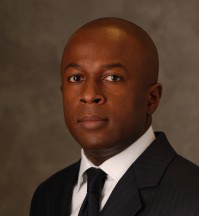 A few years ago, I was lucky enough to spend a week in Japan interviewing the likes of Sony and Panasonic about their visions of the connected homes of the future, where all your content (TV, music, internet data etc) would come into your house through a fat broadband pipe, into a media gateway device, which would then distribute it around the house.

It sounded ace. It also sounded about as far off actually happening as the whizzy robots that some of those companies were also showing off. Yet now, a few years later, it’s not such a far-fetched vision. We’re not all living with robots yet, but media adapters capable of streaming content around the home are popping up in increasing numbers.

One such device is Linksys’ KiSS 1600 wireless media player, which was announced at CeBIT this week. I had a chat to Tunji Akintokun, Linksys’ country manager for the UK and Ireland, to find out more, and discuss the wider implications of media sharing.

What’s your Connected Home strategy all about?

It’s about making it easy for consumers to move and look after content that they’re creating, acquiring and developing. One analogy I use is that when I’m travelling, I tend to take a PSP to consolidate my content. I put photos and music on there, and rip a couple of DVDs to put on there too.

But as nice as that seems, the process is quite time-consuming. It takes a couple of hours. So what we’re saying is, people are creating a lot of content, and we’re looking at ways to develop technology – hardware or software – to move that around.

The vision is, when I wander into the house with my PSP and have stuff on there, I can connect it up to a docking station, then drag and drop content from a PC onto it. It could work for a mobile phone too, of course. And you could drag and drop that content onto a different portal to allow other devices to access it too.

The strategy we’re trying to get to is basically creating middleware and products that allow you to start aggregating that content.

You’re showing off the new KiSS 1600 wireless media player at CeBIT this week. How does that fit into this strategy?

It’s one of a series of devices, and it’s a high-definition media player. Think about the typical household where you have two to three PCs in the home now, with the kids having their own, and you might have a family PC. People acquire content, and store it on their hard drives.

This device is able to go out, get that content and make it accessible centrally from one place, typically the living room. So if you’ve got photos stored on your PC, you won’t have to take people upstairs to see them, or print them off. The media adapter will go off and grab that content, and make it presentable for the screen in the living room, upscaling it via HDMI for a typical plasma.

The key to it is there’s a piece of softwarre that you put onto each PC in the home, to make that content available in specific folders.

Who’s this aimed at: gadgety early adopters, or a more mass-market audience?

From the start we’re trying to target families who aren’t techy. All families have this issue, of having loads of content stored on their PCs. If they can use Windows, they can use the interface for this device. You just have to make sure everything you want to share is in a folder, and then it’s just a case of switching the device on.

The biggest thing that sells it is digital photographs, which people want to share, and don’t really want to print them out. And of course, it doesn’t intrude on any of your existing AV equipment if you’re playing video. It’s just another AV device really.

But with the proliferation of broadband in the home, and most standard devices now having wireless built in, people are really latching onto this technology, so you don’t have to be techy to have the necessary elements in place.

Obviously, Apple is getting ready to release its Apple TV device, which is competition for the KiSS 1600…

There’s a number of companies who’ll be coming out with similar types of products over time, and Apple has got a very dedicated cosumer following. We’re all trying to educate people about this technology, and the idea of the connected home.

In terms of our advantages, we bought KiSS Technologies a year ago, who were one of the leaders in this area. They were the first to have a DivX player, and support most codecs on the market. They have a very good stable of R&D and a history of developing media players.

Looking forward, will this kind of media-sharing technology make its way into other devices, like digital TV set-top boxes?

Yes, as it becomes more the norm, a lot of these technologies will get embedded into other products. The whole area of convergance is around these devices. Look at broadcasters and the way they’re trying to deliver content to the home. If it’s going to be over an IP TV network, this kind of technology will get embedded.

And think about BSkyB buying Easynet, Tiscali and HomeChoice getting together… it’s content providers, and people who have IP access to the homes. One has the content, and one has the delivery platform.

Or think about it in a different way: I don’t just want this content in the living room on a screen. I want to distribute it around the home in a secure way, and the media adapter technology is the way that can be done.

I’ve got Sky+ HD at home, and have a drive full of stuff in my Sky+ box, but I can’t put that onto my PC or PSP. Yet if you look at the back of the Sky HD box, there’s a USB port and a network connection. So what’s that going to be used for in the future?

There has to be some way this technology will be incorporated into everyday boxes. Maybe in five years time, the media adapter will be part of the set-top box. It’ll be a home gateway with DTV features, media adapter features and maybe even voice features. All your content – music, voice, video, data – comes in through that box.

Think about how people are going to want to consume this content. They’ll want a display to show it, and speakers to hear. But all the rest of the technology should be somewhere else in the home, and they’ll just need a very simple tablet device to control it in different rooms.

How easy is it going to be moving content around the house though. Will Digital Rights Management (DRM) be a problem?

DRM is one thing that’s stopped this happenin sooner. It’s very difficult to manage: the technology has to catch up, and that’s going to take a while to sort out. Once you release video out of the Sky box onto a normal IP network, for example, how do you make that secure? Do you put markers on each device to open it? It’s something we’re having to wrestle with as an industry. It’s the biggest challenge.