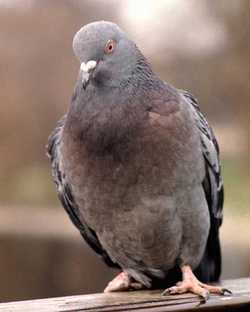 Flap left. Flap right. Aim. Poo! These are the sorts of commands being carried out by boffins at Shandong University of Science and Technology in China.

They’ve just completed an experiment to implant electrodes into the brain of a pigeon, allowing them to control its movement (although not, as yet, its sphincter). The scientists haven’t said what they hope to gain from this kind of experiment, although it would make a Hollywood remake of The Birds considerably easier to shoot.

Personally, I’d be more impressed if they’d managed to implant electrodes into the brain of a man, and have him controlled by a pigeon. Maybe that’s their next step.