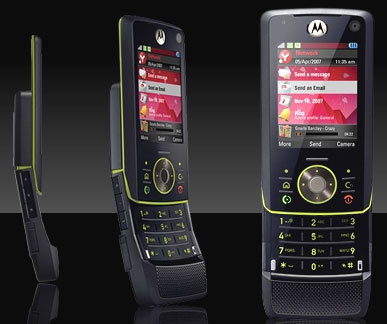 Motorola has launched the MOTORIZR Z8, described as a “fit-to-face” slider and optimised for the entertainment market.

The handset is Motorola’s first “kick slider”, a new design concept that matches the phone to the contours of your face. On the technical side, there’s HSDPA connectivity and 16 million colour 35x50mm QVGA full screen display, with video playback speeds of up to 30 frames per second.

The MOTORIZR Z8 will be available from April 2007.