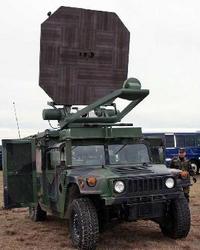 Military super-weapons don’t pop up regularly on Tech Digest – if they did, we’d have a category for them – but the Active Denial System is worth featuring.

It’s a ray gun that shoots a beam that makes you feel on fire. If soldiers think you’re a liar, they point it at your pants and… well, you get the picture. It’s totally harmless, but sends a jolt of 130-degree heat through your body, making you jump about like a disco-dancing puppet. For crowd control purposes, this is A Good Thing.

The beam can apparently travel through clothes, but not through walls. Glass is unconfirmed. The gun’s not expected to go into production until 2010 (i.e. British soldiers won’t get it until 2020), but there’s a neat video at the link below showing volunteers flapping about when hit by the beam.