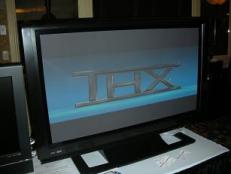 Admittedly the name Norcent doesn’t ring a bell with me, and when I was telling this to their representative at CES Unveiled today, he wasn’t surprised. Although their plasma HD televisions are amazingly well-priced (the 42″ PT-4246HD shown here is just $1,199), due to their shortlived status (they launched their own consumer brand in 2001), they’ve been unable to compete with huge brand such as Sony and Samsung who have really impressed the HD market. Although not sold in the European market, and with no plans to do so any time soon, they’re available in Walmart and Circuit City throughout America. From what I saw today, there were no discernable differences between Norcent HD and Sony for instance, it’s simply the unknown brand-name which is letting them down. You have to start somewhere, folks.