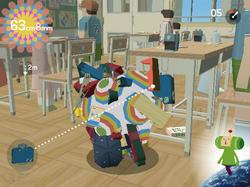 At the risk of sounding as impenetrable as those Grand Theft Auto cultural theorists the other week, video games are now a proper, genuine art form in their own right. Even if they’re still often not treated as such by the establishment, who in many cases are still arguing among themselves over whether Bob Dylan counts as a poet, let alone getting to grips with Halo 2 or The Legend Of Zelda: Twilight Princess.

Thankfully, we have. And in the absence of a Jimmy Carr-fronted TV roundup of Top 50 games, we thought we’d fill the gap ourselves. Over the next couple of weeks, you’ll be able to enjoy our pick of 50 games that changed the world in some way (translation: the games we were playing in the 1980s while riding a space hopper with Kate Thornton avoiding white dog poo and wearing pop socks).

With that in mind, here’s the first five titles. Read on to find out why Championship Manager, Katamari Damacy, Super Mario Kart, Pirates! and Double Dragon make our festive 50. 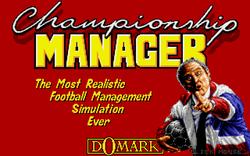 50. Championship Manager
Football manager games existed before ChampMan, obviously. I remember buying a different cheapo one for £1.99 every week on my Commodore 64, most of which were rubbish. But Championship Manager was the first to cause lunatic levels of addiction among fans.
Annual updates ensured the game constantly evolved and introduced more depth, while developer Sports Interactive cleverly fostered a thriving online community of players swapping tips and creating applications around the game.
SI eventually split with ChampMan publisher Eidos, leaving the brand in its hands while starting its own Football Manager franchise – itself named after one of the original games in the genre. As many divorced couples can attest, whatever it’s called, the power of SI’s game lives on. 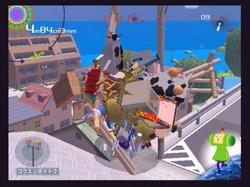 49. Katamari Damacy
All too often, bonkers Japanese games don’t get released over here in the West. Just try to buy a horse-racing management sim in Woolies to see the evidence of that. Thankfully, Katamari Damacy eventually did make the transition, both on PS2 and PSP.
The concept was simple: roll a small ball around picking stuff up, which gradually turned you into a bigger ball, capable of picking bigger stuff up, and so on. In no time at all, you were rolling up cows, vehicles and buildings while cackling like a madman.
Katamari Damacy was one of the games that proved there’s still room for cool ideas and simplicity in the modern games industry – making it a direct descendant of some of the crazy ideas that came out of bedroom developers in the earliest days of computer gaming. 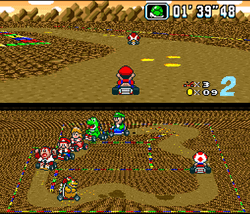 48. Super Mario Kart
You won’t be surprised to hear this isn’t Mario’s last appearance in our Festive 50. The various iterations of Mario Kart have been key titles on Nintendo’s gaming platforms, blending sheer fun with technical innovation too. Just look at the latest DS version with its online Wi-Fi play for proof of the latter. Then tell us how to actually beat The Kids on it…
Mario Kart hasn’t just been about super-tight racing action, although that’s important. The finely-weighted dynamics of the power-ups is genius, while the care that’s gone into the characters and their vehicles is also worth saluting. And the fact that multiplayer is so key to the series’ popularity has been vital in dragging gaming out of the stereotype of someone playing alone in a darkened bedroom.

47. Pirates!
Not just because we like pirates. Although we do. When originally released, Sid Meier’s Pirates! was a forerunner of his strategy epic Civilization in terms of scope and scale. You sailed around the Carribbean plundering ships, looting cities, and chatting up any governer’s daughter you fancied.
What appealed most was the freedom of play within the game. You could sail where you wanted; undertake sub-quests to find buried treasure or your long-lost family, or ignore them at will; and randomly decide to stop picking on, say, the Spanish in favour of turning on your former chums the French.
At the time, this slipped neatly into a line of games started by Elite, albeit in space. And it’s certainly been influential on a host of free-roaming games since. Meanwhile, a modern revamping has already appeared on console, and is on the way to PSP next year. 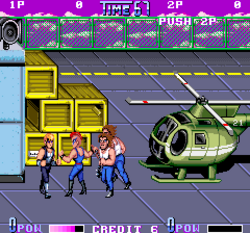 46. Double Dragon
Play the original Double Dragon nowadays, and it looks and feels dated. But if you played it in the arcades or on home computers/consoles at the time, it was The Future. Kind of.
And the most popular feature was the ability to play with a friend in two-player co-operative mode, before beating each other senseless at the end to win the hand of a good woman. That’s in the game, obviously. I can’t say what you did in your personal life…
Meanwhile, you could argue that being able to pick up different weapons to batter enemies with was a foretaste of Grand Theft Auto in later years. There were even prostitutes! Well, women not wearing very much, anyway.