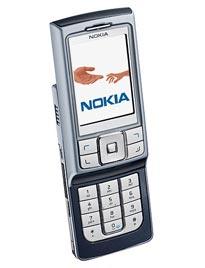 Greenpeace has published its latest Guide to Greener Electronics published today, indicating a marked improvement in manufacturing processes over the last three months from leading companies. Well, except Apple that is.

According to Iza Kruszewska, Greenpeace International toxics campaigner: “Most companies now score above average points on the ranking guide, with only five companies failing to score even the average of five points. The top-ranked brands have adopted a precautionary chemical policy by committing to eliminate the use of the most hazardous chemicals in their products. They have acknowledged that as producers, they bear individual responsibility for financing the take-back and responsible reuse or recycling of their own-brand discarded products.”

Nokia continues to hold the top spot, with progressive policies on both its chemicals policy and disposal of electronic waste. Apple is awarded the last position because the company has made no improvements to its policies or practices since the ranking was first released three months ago. Motorola has been the fastest mover in the ranking guide – second worst in the first report, it has made strong commitments since. Other positive movers include Lenovo, Fujitsu-Siemens and Acer.

“Companies seem to respond to competition rather than conscience. By turning the spotlight onto top electronics companies and challenging them to outrank their competition, the “Guide to Greener Electronics” has succeeded in motivating companies to improve their policies on chemicals and waste,” concluded Kruszewska.