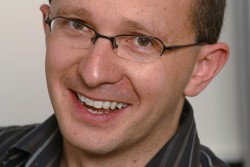 Most pubs’ dabblings with new technology extend to buying a shiny new plasma screen every four years for the World Cup. But that’s changing, thanks to connected quizzers, broadband jukeboxes, and even digital fruit machines. All three are the work of Inspired Gaming Group, which has spent the last four years bringing boozers into the 21st century.

“Compare entertainment in pubs with your home,” says co-CEO Norman Crowley. “In the last 15 to 20 years, your home’s gone from having four TV channels, no internet and a basic Atari games console, to having broadband, iTunes, Sky+, hundreds of channels and a Sony PlayStation. What have pubs done in that time? They’ve got fruit machines, which they had 20 years ago, and very little else. That’s what we’ve been trying to change.” 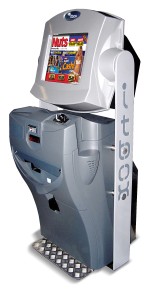 IGG’s first product was the itbox skill gaming machine. You know, the one where you can win cash by playing various games, including ones based on brands like Who Wants To Be A Millionaire. The terminals have now been installed in more than 9,000 pubs, which Crowley says is because of their versatility.

“It’s the first time something like interactive gaming arrived in pubs,” he says. “These machines have broadband connections, so whereas normally landlords put one game in, and it stays there until people get bored of it, we can constantly download more and more games to itbox. And consumers spent twice as much money as they had been on traditional games machines.”

Having tackled gaming, the next area for IGG was music. Many pubs still have traditional jukeboxes, with 70 or so CDs in, two of which are always that Queen double live album. IGG’s approach was simple: the company built a database of 2.4 million songs, which could be streamed to broadband-enabled jukeboxes in pubs on demand. Oh, and they swiped a designer from Bang & Olufsen to design them.

“This was 18 months ago, and the industry laughed at us,” says Crowley. “We did our market research and asked consumers whether they’d pay 50p or £1 to play a track in a pub, and 80% said no. Then we asked pub landlords if they’d put one of these machines in, and 92% said no!” 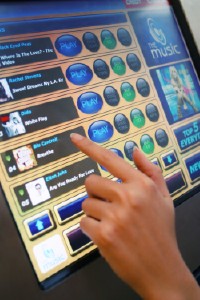 It doesn’t sound promising, but IGG went ahead and built the jukeboxes anyway. Quickly, they proved their worth. Crowley cites one pub that had been taking £40 a week from its traditional CD jukebox, but after installing IGG’s broadband juke, started taking a whopping £870 a week – which is roughly equivalent to 14 hours of play every single day. The jukeboxes have since been launched in 1,500 pubs, with 2,000 more having ordered it.

I have a couple of questions about this kind of technology though. First, do landlords really like it? They might trouser more cash, but they don’t have the same amount of control as, for example, if they choose to stock a traditional jukebox with JUST metal (as one pub near me does). Or do they?

“We’ve launched a thing called Music Manager which is like an iTunes for landlords,” says Crowley. “They can search all our database, line up the tracks they want, and set up playlists. And then if they need to change it quickly, for example if it’s a sleepy Wednesday night, and then the local rugby team suddenly turn up, they can, going from whatever they were playing to funky start-the-party music.”

But what about this often-reported phenomenon of people trying to sabotage pubs or bars with connected jukeboxes, by putting on the most obscure, unaccessible or plain unlistenable music in an effort to drive everyone else out while proving how cultured or funny they are?

“It’s the modern equivalent of a stinkbomb,” agrees Crowley. “People pick the most terrible song they can imagine, and it’s like drawing your nails down a blackboard. We’ve seen that with songs like William Shatner’s version of Lucy In The Sky With Diamonds…”

For shame. That version brings tears to my eyes. But anyway, this kind of behaviour isn’t a problem for landlords, as Crowley says IGG offers the equivalent of a “big red button” so they can skip tracks, and even then go online and choose specific songs that they don’t want to be played in their pub. Bad news for Shatner’s royalties, but good news for drinkers.

So what’s next, after games and music? Now IGG is taking on perhaps its biggest challenge – dragging the traditional fruit machine into the digital age. Crowley says income from fruities has been falling by 7-10% a year, which he reckons is down to consumers being bored with them, and also because people prefer to gamble at home online, or in casinos.

On the 28th November, IGG is unveiling its Fruity 2.0 (my hack term, not theirs), which Crowley describes as a “networked and video fruit machine”. It’ll sport different design to the traditional models, will offer several different fruit machines on one machine for variety’s sake, and will offer a much simpler (i.e. less baffling if you’re not an expert) look and feel.

“On most fruit machines, it’s completely incomprehensible what’s going on,” says Crowley. “You put your money in, loads of lights go off, and no money comes out! Your average consumer today doesn’t understand that kind of gaming concept – it’s alien to them. So our games are going to look more like roulette or blackjack or casino-style games.”

The games on IGG’s connected fruit machine will also be branded, for example around big TV shows like Deal Or No Deal and 1 Vs 100 (I’m not sure if Crowley is citing these as specific examples of games that will be on the machine, or examples of the kind of brands who’d be on there, mind). Crowley is also keen on the idea that these new fruit machines will be good for groups of people to play, rather than one solitary player as with traditional fruities.

All this, and more ambitious plans for 2007. Early next year, you’ll be able to download stuff to your mobile phone from IGG’s machines in pubs, via Bluetooth. Love that William Shatner track? Buy it there and then, and Bluetooth it to your phone. IGG also plans to offer cheap VoIP calls in pubs too, via the same Wi-Fi network that its machines use, for people with Wi-Fi-capable mobile handsets.

“It will change people’s behaviour,” says Crowley. “They’ll go to the pub because they know they can make calls at one sixtieth of the price their mobile operator charges.”

Finally, IGG is working on jazzing up the humble vending machine, working with Coca Cola to make new models that besides selling you a drink, can top up your mobile, and let you download games and music to your handset. It’s all very interesting, whether you’re a landlord or a punter. Presumably, all that remains to be revamped is the traditional pub pool table or, heaven help us, the condom machines. Maybe that’ll be on the To Do list for 2008…

One thought on “Monday interview: Norman Crowley of Inspired Gaming Group on Pubs 2.0”