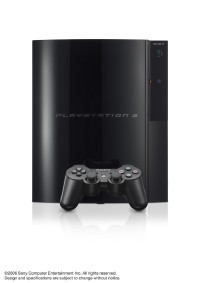 Its thunder may have been stolen by Nintendo’s Wii, and it’s going on sale a full 16 months after Microsoft’s Xbox 360, but only an eejit would see these as reasons to write off Sony’s PlayStation 3 console. Despite its European launch being delayed until next March, recently there’s been a surge in information about PS3 – its hardware, its games, and its multimedia capabilities.

Sure, there are criticisms surrounding its high launch price, its surfeit of sequels, and the healthy gamer distrust of the top dog that’s led to Microsoft – Microsoft! – being seen as a plucky underdog in the console wars. But the fact is, anyone who isn’t a bile-venting fanboy is waiting for PS3 with some degree of anticipation.

Read on for the 10 things we think you should know about Sony’s next-gen console, certainly before making any sort of buying decision. Despite its well-documented teething difficulties, PS3 shouldn’t be written off just yet. Read on to find out why.

1. PS3 will be available in two versions. But you’d only want one of them.
There are two versions of the PS3: the Basic one, and the Premium one. Both come with a built-in hard drive, but it’s 20GB for the Basic model and 60GB for the Premium one. Both also have HDMI ports and support Bluetooth controllers too. But the key difference is that Wi-Fi is also included in the Premium PS3, but not in the Basic edition. At some point, you’ll be able to buy an external Wi-Fi dongle for the Basic model, and upgrade its hard drive, but it’s anyone’s guess when. Perhaps for this reason, it’s rumoured that Sony might only be selling the Premium model in the UK when PS3 launches. 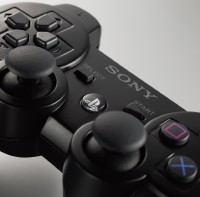 2. It’s got a Wii-busting motion-sensing controller. Kind of.
The PS3’s controller is called SIXAXIS, and it’s wireless, using Bluetooth to connect to the console. Its battery lasts for 30 hours, after which it needs recharging via its mini-USB port (but you can still play while it’s connected). But the big news is the controller’s motion sensing features. Twist it, tilt it and shake it, and your movements are translated into games, which takes some of the shine off Nintendo’s Wii-mote controller for the Wii. That said, the downside on PS3 is the lack of a rumble force-feedback function, which Sony says would interfere with the motion sensing.

3. It’s got whopping processing power
Yes, that is the technical term. I think. PS3 has a 3.2GHz ‘Cell’ processor inside, which is a joint effort between Sony, Toshiba and IBM. I’ll spare you the technical bumph, but the hype has been that it’s “a supercomputer on a chip” and that it runs “ten times faster” than existing PC chips. There’s also a graphic processing unit based on Nvidia’s G70 architecture, and a GPU that… well, anyway, suffice to say PS3 is in terms of raw power, the most pumped-up console yet. In theory, that means bigger, better and bolder graphics than anything seen before. In practice, it will take game developers a while to get the most out of the system, and it could further encourage the dull trend towards realism and texture-worship over fun gameplay.

4. You can hook your PSP up to PS3
Okay, so this is hardly a surprise, but if you own a PSP, you’ll be able to wirelessly connect it to PS3 to do… stuff. At its most basic, Sony’s handheld will be able to double as a wireless controller for PS3, albeit without the motion-sensing features. But developers should be able to find more interesting uses for the connectivity as time goes on. For example, Sony’s already shown off an F1 racing game that lets you use your PSP as a rear-view mirror, while it also seems logical that you’ll be able to stream videos, music and maybe even mini-game content from your PS3 to your PSP while lounging around the house.

5. It’s got games. Lots of games. And you’ll recognise many of them
For all the blathering about multimedia gubbins, PS3 is mainly about the games. And there are plenty on the way. Sony showed off 27 playable games at the recent Tokyo Game Show, with 20+ slated for the console’s launch this month. As you’d expect, there’s a lot of sequels on the way, which PS2 gamers will be happy about. Get set for Gran Turismo HD, Metal Gear Solid 4, The Getaway 3, Resident Evil 5, Tekken 6, Devil May Cry 4… You get it. This could be both a strong point and a weakness for PS3. On one hand, it’ll have all the games you’re familiar with, but on the other, it remains to be seen whether there’ll also be breakout hits and new concepts as part of the mix.

6. It’s got Blu-ray inside
And you can blame this for the launch delay, apparently. Grr. We don’t need to rehash the next-generation high-definition optical disc format’s details here (certainly not after that last sentence), but suffice to say Sony thinks Blu-ray is going to be a big selling point for PS3, getting the technology into millions of homes without people having to buy a standalone Blu-ray player. Discs can store up to nine hours of high-def video on 50GB dual-layer discs, and by the end of the year there’s expected to be more than 100 films available to watch. The new frontier of HD video, or the new Betamax (or, *cough*, UMD)? Only time will tell.

7. It’s got its own version of Xbox Live
Well, in a sense. Sony hasn’t given out loads of details on PS3’s multiplayer and connected gaming features, other than that its platform is the catchily-named PlayStation Network Platform, and that it’ll be free to users, and allow people to play multiplayer games over the network. It’s also rumoured that there’ll be buddy lists, leaderboards and game lobbies, like Xbox Live, as well as video chat if you’ve got the right accessory.

8. Getting an import model to beat the launch delay might be tougher than you think
PS3 launches next week in Japan, and the following week in North America, but not until March here in Europe. Ah well, at least you can order an import console from Lik-Sang, right? Wrong. The popular website recently shut down, citing lawsuits filed against it by Sony (while cheekily pointing out how many of Sony’s own European executives had bought import stuff from the site in the past). Sony’s European division is cracking down on imports in advance of the launch too. While there are a few US eBay sellers promising to ship PS3’s worldwide, the prices are accordingly sky-high.

9. PS3 is about more than just games
And this is besides the Blu-ray. Like Microsoft and Xbox 360, Sony wants to make PS3 a true home entertainment system, as capable of playing videos, listening to music and surfing the Web as it is at playing games. All of these features will be a basic part of the console for that reason, and it’s also logical to assume that Sony will launch its own music and video downloads service for PS3 users. But will these be transferrable to portable devices other than PSPs and Sony Ericsson mobile phones? It would certainly make sense to let you plug your iPod into your PS3 and transfer stuff off. But since when did the consumer electronics industry try to make sense – especially when it comes to this kind of interoperability…

10. Forget Gran Turismo – you can play retro games!
It’s funny how for all the power and innovation in the current crop of consoles, the thing that gets many gamers excited is the ability to download and play retro games for a cheaper price. In that respect, PS3 will be no different to Xbox 360’s Live Arcade and Wii’s Virtual Console. If your PS3 is hooked up to the network, you’ll be able to download old PS1 games, as well as titles from the Megadrive and PC Engine consoles. No news yet on how you’ll pay for these – if it’ll be straight cash, or a points system like Wii’s.