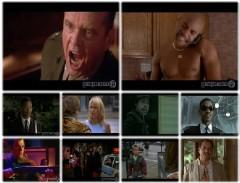 Grouper.com, one of the better known of a plethora of video-sharing sites on the Net, has just opened up a new channel provided by Sony Pictures Entertainment. Not difficult, given that Sony now owns Grouper.

The ScreenBites channel contains famous scenes from Sony’s extensive library of memorable films and TV shows, with the ability to purchase the full length show on DVD or digital download.

These selected scenes can legally be embedded on blogs and web pages across the Net, with the blessing of Sony, as they’re legit.

Apparently Sony Pictures library is the most digitised in Hollywood, including more than 3,500 films and 82,000 hours of TV programming.

“This is an innovative way to give fans a chance to watch great moments in entertainment and conveniently buy the DVD of the movie or television show that includes their favorite scenes,” said David Bishop, President of Sony Pictures Home Entertainment.