Nintendo’s got a new controller for the Wii, in addition to the Wii Remote/Nunchuk combo and the ‘classic’ controller, used to play retro console games. It’s called the “Pro”.

It rejects some of the differences between the classic controller and most other gamepads, adding back in the ‘legs’ and moving the wire back to the top of the device. The shoulder buttons are also made more accessible, and the whole thing’s put on some weight, too.

Unfortunately, there’s “no plans” for a European release, let alone any pricing. I wouldn’t chuck away your classic controllers just yet. 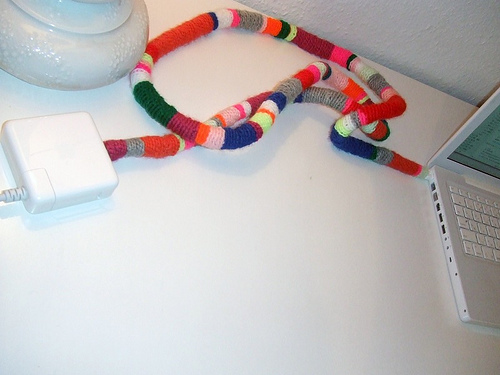 Hiding cables and wires is an on-going problem in every household, so why not AMPLIFY the situation with these, erm, knitted woollen cable covers. It’ll go PERFECTLY with, erm, your minimalist MacBook. For, erm, €50 each.