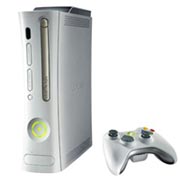 It looks like the whines of the world have paid off – Microsoft has announced an extension to its Xbox 360 warranty, covering all “Red Ring of Death” hardware failures for three years from the date of purchase.

An official press release over at MS insider news site Gamerscore Blog has all the details, but basically don’t worry – if your Xbox 360 breaks, it can be repaired for free from now on.