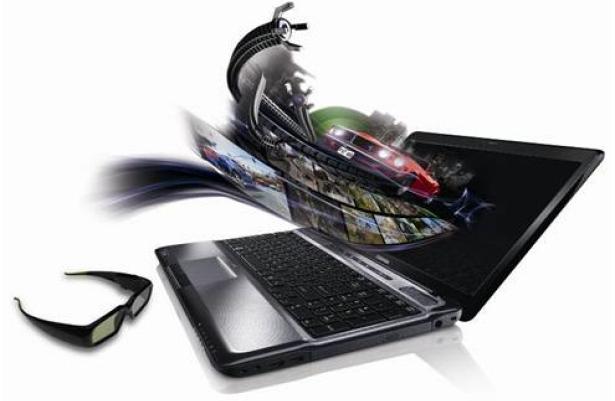 Toshiba have announced the launch of their Satellite A665 laptop, a 3D-ready powerhouse powered by Nvidia's 3D Vision technology. Aimed primarily at gamers and Blu-ray fans, the A665 will have a Quad Core Intel i7 processor under the hood, with… 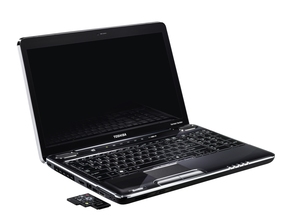 Toshiba is remaining pretty tight lipped as to the exact technical specifications of their new laptop range but we do know that all models will feature an eco utility management system that allows users to reduce the amount of energy being used. And remember, green is good kids.

Here’s a quick look at what we do know about the four models that have been announced:

This looks like being the more multimedia based one of the litter. A 16-inch TruBrite HD screen, 16:9 aspect ratio and a 1366×768 resolution will be perfect for movies and games, particularly on the premium version which will have a flush screen – i.e. an edge to edge picture.

The impressive picture will be assisted by equally impressive sound – all versions will ship with Harman Kardon stereo speakers. A HD webcam that records in widescreen will also be a welcome addition to web-video creators.

The premium version is the only one which will contain a DVD drive, sadly, though. Available on all versions, however, is the Multi-Touch control pad that provides the ability to use fingers to pinch, swipe or rotate using just the trackpad – a bit like you use the iPhone screen I imagine.

Looks wise, it doesn’t look too dissimilar to the A350, which we previewed back in January although there will also be a silver version available. Also, looks like there is a little remote control in there which would be a nice touch for a multimedia machine.

Again, they’ll be a premium and a standard model with, again, only the premium containing a built in DVD drive, to go with its edge-to-edge (or “chrome-trimmed” as they’re calling it) screen.

I’ve lumped these two together because Toshiba has done the same in their press-release. And if they’re going to be lazy then so am I.

That’s about all I know on these ones, apart from the fact that the keyboard is available in silver as well as the black as shown in the picture.

Keep your eyes peeled for further details of this range on Tech Digest, as always we’ll do our upmost to keep you all in the loop.