Android-owning Spotify users have always had a bit of a raw deal when it comes to the mobile application of the uber-popular streaming service. While iPhone owners get a slick, clean interface, the Android version of Spotify has always been…

Spotify have today announced a raft of major changes to their free-to-listen music streaming service that quite drastically cuts back the amount of tracks people will be able to listen to without signing up for a premium price plan. Free… 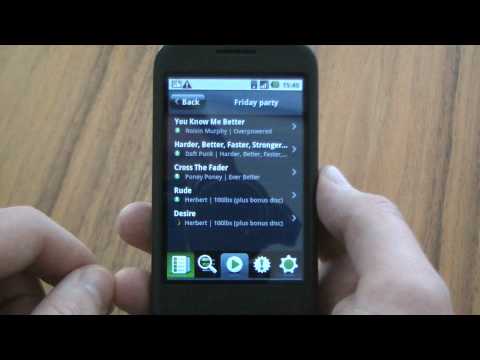 We’ve heard it from head office and we’ve seen it on the iPhone but there’s something very warming about this video of Spotify in action on the Google Android platform. It might be the way they’re using a Mac as the computer while flaunting the non-Apple software on the non-Apple touchscreen smartphone, but then it might just be that the app looks like it’s running pretty damned smooth. See what you think.

We knew the cache potential of Spotify already but I’d be interested to see how many tracks you could have in an off-line playlist before you phone falls over. Loving the instantaneous syncing with laptop and the OTA search looks pretty good too although, let’s face it, that won’t have been a demo over 3G.

Still work in progress, as the man says, and no release dates yet but what do you think on first impressions? Would you pay the premium for Spotify Mobile? 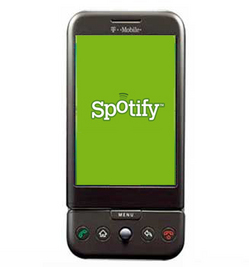 We’ve already know what Spotify has in store for the iPhone but job ads spied on the Swedish company’s website today show that they’ve got plans to bring the music streaming service to Android and S60 phones as well.