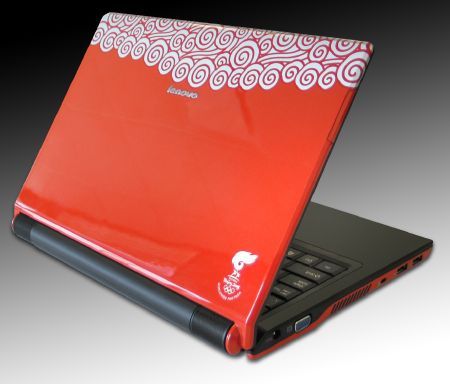 Celebrating the one-year-out mark for the Beijing 2008 Olympics, Lenovo yesterday announced plans for a major philanthropic auction, with limited-edition notebook computers inspired by their 2008 Olympic Torch on offer.

From February 8th next year, at the six-month mark, week-long back-to-back auctions for these “Cloud of Promise” notebook PCs will begin, concluding just prior to the start of the Games. Several of the PCs will be autographed by athletes.