Eidos is to release the umpteenth instalment of the hugely popular Championship Manager series in September. The release date should mean that all squad data should be up to date as the transfer deadline would have been and gone.

I don’t need to bore you all with the features of the latest version, fans of the series will know that the update will merely be an improved version of last season’s game.

What is exciting, however, is the CM Season Live feature. Starting in October, with updates every month until April, players will be able to download a patch that updates all data on the game – from 49 major leagues – in line with what’s happening real life. League tables, results, goal scorers, injuries, transfers – the whole shebang.

Players will, therefore, be able to try and beat real life managers in real scenarios. Fancy having a go at winning Serie A with AC Milan when they’re 11 points behind neighbours Inter at Christmas? You can. Or fancy having a go at keeping Spurs up when they’re deep in the mire with only a handful of games left? Not likely, but you can give it a go.

Purists of football management games will argue that Football Manager is the king of the genre but the live feature of the latest Championship Manager release may just be enough to persuade a few doubters.

Not that I’ll be able to try it out though. My ‘champs’ days are well and truly over – things came to a head with the missus a couple of years back regarding the excessive hours I was putting into my ‘career’ and I was somehow convinced to retire from the game. It was a sad day – I had built up a Busby-esque reputation within the game.

Championship Manager 2010 will be available all over the place come September as well as direct from Eidos. 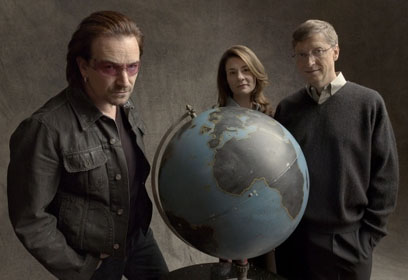 U2 manager Paul McGuinness has called for illegal file-sharers to have their service cut off by their ISPs if they don’t change their naughty habits of downloading music without paying for it. After all, it’d be a shame if Bono loses out on his next one hundred and seventy nine billion kazillion dollars.