Google Latitude is finally available for iPhone users. Latitude is a friend location-tracking feature that works as a part of Google Maps. It has been available to users running alternative OSes such as Android or Symbian for a number…

Latitude, Google’s stalk-tool that lets you see where your friends are on a map, has saved the day in Silicon Valley after it lead to the successful apprehension of a mobile phone thief.

The perpetrator snatched a woman’s bag and then jumped in a car and sped off, but the lady had installed Latitude as a joke so that she and her sisters could “stalk each other”. Her sister jumped on the service and tracked down the thief, who was immediately caught by the cops.

Nice to hear a positive story about the service, which has come under considerable criticism in the past for violating privacy.

I don’t really care about privacy. I recognise the fact that other people do, but I don’t have anything to hide. Add that to the fact that I’m not especially interesting, and that I’ve been on the internet so long, and have such a unique name, that there’s a lot of me out there already.

That’s why I’m not bothered by commenters saying that Latitude is a massive privacy invasion. For me, the social proprioception offered by Latitude far outweighs the downsides of having my location available to my friends. 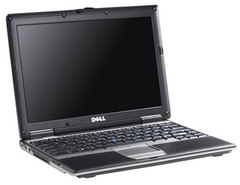 Dell has announced that it will be offering its Latitude D420 ultra-mobile and D620 ATG semi-rugged notebook computers with SanDisk 1.8-inch 32GB solid state (Flash) drives instead of a hard drive.

Dell is committed to offering them across the next generation of its Latitude notebooks as they are more reliable, offer increased performance, and are quieter.