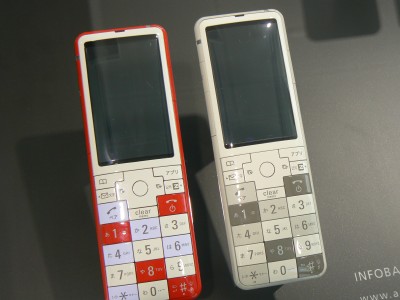 One of the most interesting zones in KDDI’s Design Studio store in Tokyo is the area where they show off a range of fashion phones, created by a bunch of top Japanese designers.

The ones above are the Infobar 2, which is due to go on sale next month in Japan. They’re quite long and thin, which you might think would put users off, but apparently they’ve already created a huge buzz in Japan since being announced earlier this year.