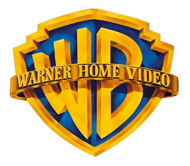 Uh-oh. Set the internet to RED ALERT – the nasty HD DVD and Blu-ray war might just be about to end, thanks to Hollywood heavyweight Warner deciding to go Blu-ray exclusive in 2008.

In a press release over on its official portal, Warner Bros. has kicked all HD DVD owners to the kerb – and announced it’s going Blu-ray exclusive from May of 2008.