Geotagging of tweets has been done before (the Tweetie app springs to mind). However the augmented reality visuals are a nice touch, especially if they work as accurately as the above demo video suggests.

According to Google, almost one trillion images now exist online, thanks to the explosion in popularity of digital cameras and camera phones. and the company is looking at ways to improve how users can search for the pictures they want.

Currently, Google’s image search relies on textual information stored in and around images on web pages. This is fine to a point, but not only does it have the potential to be abused by people trying to make their web pages more popular, but it relies on a human to correctly categorise a picture and what it contains… 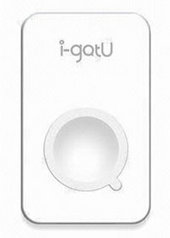 A new gadget from Taiwan promises to make it easier to geotag your digital photos and turn them into 3D Google Earth adventures. 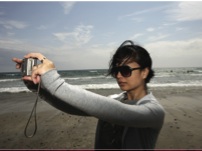 Plenty of people are already getting excited about geotagging, which means associating location information (e.g. latitude and longitude) with digital photos or other content and then Doing Stuff with it. For example, plotting it against Google Maps.

There are plenty of people out there geotagging their photos (uploading info on the location they were taking) already, but it takes a bit of knowledge. However, mobile application ShoZu has just added a feature that automatically geotags your photos…