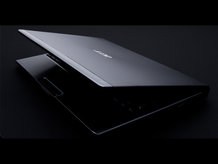 Acer's new Timeline range of laptops are so green-friendly that even Greenpeace have given the gear their thumbs up. The Aspire 3811TZ and 3811TZG are both made without the use of PVC and BFRs (brominated flame retardants), making them much…

Yesterday, the Sunday Times published an article saying that making two Google searches generates as much carbon dioxide as boiling a kettle – an act long associated with energy inefficiency. This outlandish claim comes from a Harvard University physicist working on the environmental impact of computing.

Far be it for me to try to debunk a Harvard physicist, but this is mostly rubbish. Google is a company that cares considerably more for the environment than many. Although it’s true that datacentres are remarkably inefficient creations, and the IT industry has a carbon footprint like any other industry, Google pales into nothing when compared to cars, fossil fuel power stations and the aviation industry.

I suspect that the real reason for this jab at one of the world’s biggest IT companies is simply a desire for more research funding, particularly since the article inexplicably ends with an utterly unrelated jab at celebrity Twitterers. Google’s Senior VP of Operations, Urs Hölzle, clears things up on the Official Google Blog.

“Revealed: the environmental impact of Google searches” (via Techmeme) 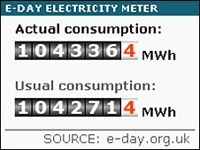 Matt Prescott, who’s Energy Saving Day actually saw a rise in energy consumption at the end of it, said it was still worth his effort as it helped raise awareness of the causes and led to energy companies simplifying their home insulation schemes. Awesome.

Even though E-Day clearly raised zero awareness with consumers, as everyone happily boiled more water than strictly necessary and left the oven on to keep the kitchen warm…