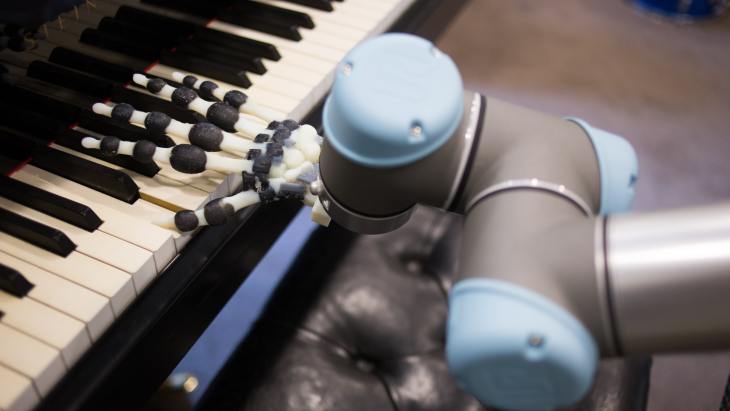 Scientists have made a 3D-printed robot hand that can play Jingle Bells on the piano. Researchers at Cambridge University said soft and rigid materials in the design replicate the bones and ligaments of a human hand, but not the muscles or tendons. The hand cannot move its fingers independently, but can play simple musical phrases by…
20th December 201820th December 2018 Chris Price 3D Printing

A group of scientists at Cambridge University has conducted a study that shows that associations in videogames transfer directly to the real world. A group of volunteers played a (rather basic, from the look of it) cycling game, where they would be given a slurp of fruit juice if a cyclist from their team passed them, but a slurp of salty tea if a rival cyclist passed them.