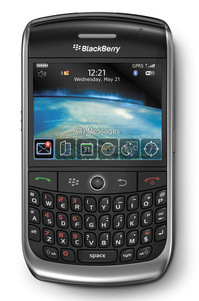 O2 has announced that the curiously non-3G BlackBerry Curve 8900 (formerly known as the ‘Javelin’) will be released on January 5th 2009. It’s going to be available for pre-registration from tomorrow (Dec 10th), and for pre-order from Dec 22nd on the O2 website.

Maybe I’m missing something here, but is this phone eagerly awaited? I haven’t heard anyone getting excited about the release, but with all this pre-reg and pre-order shenanigans, it seems like people are dying to get their hands on the device. 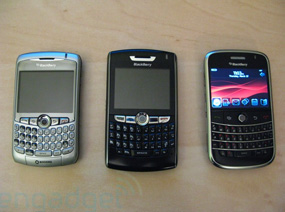 BlackBerry…delaying the launch of their 3G 8900 handset…because of the imminent arrival of the 3G HSDPA iPhone? Sounds strange, but that’s what the ‘sources’ have told Fortune magazine.

Of course, the official reason behind the possible delay is due to ‘call quality concerns’, but it does seem fairly obvious that pushing the launch back from June to August will help RIM determine how much of a threat the 3G iPhone will be, and also avoid having the same launch date as the Apple handset. After all, no-one likes discovering at a party they’re wearing the same outfit as their worst enemy….