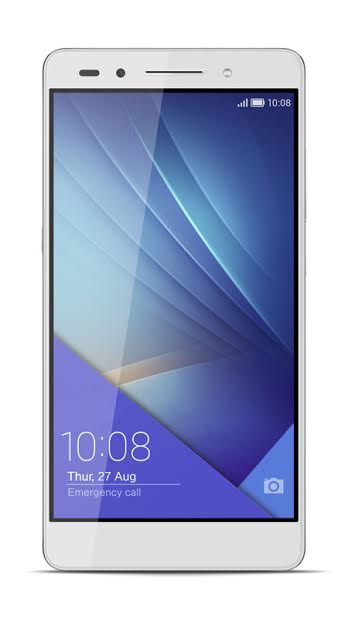 Honor has introduced the European version of its flagship honor 7 smartphone. Available in two colours, Mystery Grey and Fantasy Silver, it will be on sale in the UK, Germany, France, The Netherlands, Italy and Spain, via vMall and Three UK for £249.99

The honor 7’s frame-free metallic fingerprint reader allows for 360-degree fingerprint authentication from various angles and comes with a self-learning capability that allows scanning accuracy to be enhanced through the re-recording of registered fingerprints during use.

Powered by the HiSilicon octa-core Kirin 935 processor with 3GB RAM (memory) and 16GB ROM (internal storage) offering, the honor 7 has – its manufacturer claims – the muscle to offer consistently smooth performance. It also comes with a long-lasting 3,100 mAh battery,

A smart key on the side is provided for quick access to Google searches on the go while the fingerprint reader on the back of the device also functions as a camera trigger, enabling users to take selfies without having to reorientate the honor 7. For added convenience, the honor features voice capabilities, such as the ability to be woken up with a designated command.