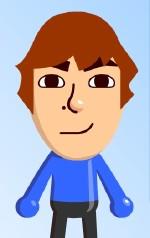 Well, the team over at Shiny’s Nintendo Wii blog, Wii Wii, have finally got their consoles and are busy playing games, telling the world about it and creating their characters in their own image with the Wii Mii Creator.

But can Wii Mii be improved? Actually, yes – and over Wii Wii, there are 30 suggestions for a few extras that could be incorporated. If any of these appear, remember where you read it first.