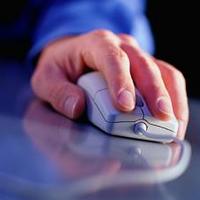 With new (and cheaper) deals for broadband announced almost weekly, you’d think things couldn’t be better. Think again – according to a new survey from uSwitch, our satisfaction levels are in decline.

The survey covered around 11,205 customers, with satisfaction levels dropping 9 per cent since the last such poll in May. The reason? Well, according to uSwitch, it’s because the customer bases are growing rapidly, thanks to the deals on offer (1.5 million new customers in the last 10 months), but the number of customer support workers isn’t rising to keep pace with it.

The Carphone Warehouse’s TalkTalk service scored just 70% in overall customer satisfaction – as did Orange. At the other end of the scale, Virgin Net topped the rating with 85% happy with its performance, followed by Telewest and Tiscali.

“It’s disappointing to see that the majority of providers are failing to accompany the growth in customer numbers by sufficient growth in customer service operations, and the required investment in their technology, to ensure that they are looking after customer needs in an acceptable manner,” said Steve Weller, head of communications services at uSwitch.com.