Traipsing through the cavernous Westfield shopping centre might not be as arduous a task as it sounds next week, thanks to a special 3D TV trial that Sky are running. Sky will be handing out 3D glasses to shopaholics visiting…

Keen not to fall behind the pack of blossoming high-definition channels that keep popping up on Sky+ HD and Freeview HD, Virgin Media have secured the rights to broadcast the new Film4 HD channel, as well as E4 HD. It's…

For all its merits, there are a couple of players we think wont benefit much from the jump to 3D.

It's Friday, which means that we round up the top five ten winners in tech for this week. Yep as it has been a manic week we have upped the number. So who has made the cut – click on…

Sky has seen subscriptions to its HD service rise to 1.6 million.

Sky HD customer? Have you heard from your provider lately? The company is allegedly recalling thousands of digiboxes due to a design fault that will gradually corrupt hard drives, ultimately causing disk failure.

The problem affects Pace-made units (Thomson, Samsung and Amstrad models are fine) and subscribers are getting three months of free HD subscription to compensate them for any data stored on their boxes.

Have you had your box replaced? Get in touch in the comments below and let us know what happened.

Sky has decided that it’s time to get really aggressive when it comes to high definition in the UK, and to that end has slashed the price of its Sky+HD box to just £49. That’s a third of the price it was early last year (£150) and is the satellite broadcaster’s hope of getting many more subscribers hooked on pay-for-HD.

In fact, thanks to a lot of enticing marketing and the lure of a variety of sports, films and other content in high definition, Sky has just had its best quarter — in the three months to the end of December, 188,000 people signed up for high-def services, taking the total number of subscribers to nearly 800,000…

Channel 4 has today launched its high definition simulcast channel on Sky. Announced in September, key programming from Channel 4's stable, including "Ugly Betty", classic and contemporary films, selected music concerts, and (from next spring) "Hollyoaks", will be available to…

Sky has nabbed two high definition treats for Christmas Day afternoon on Sky Movies 2 HD. First up, and marking the 50th anniversary on television, the Queen's Speech will be broadcast at 3pm. Following that, at 3.10pm, comes uninterrupted James… 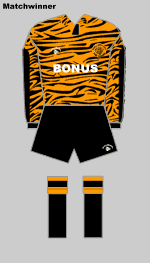