That’s right, Nokia’s wannabe iTunes-killer is set to go live this Thursday morning (7am GMT to be precise). It was revealed at a launch event for the Nokia Music Store tonight in London, where the company was offering hands-on demos. 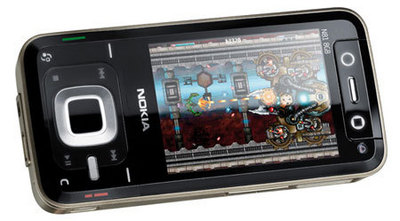 Earlier today, I wrote about Vodafone’s deal to launch Omnifone’s MusicStation service before Christmas, offering a £1.99-a-week subscription deal for unlimited music downloads. And I also suggested it would compete with Nokia’s own recently announced Nokia Music Store.

Nokia’s press office has been in touch and pointed out that the two music services won’t necessarily be direct competitors: “Vodafone UK have chosen to range the Nokia N81 and N95 8gig and these devices will be embedded with the Nokia Music Service and N-gage Games Service as well as Vodafone’s other service offerings.”