Google CEO Eric Schmidt is to step down from his position at the head of the company, handing over the reigns to the search engine's co-fouder Larry Page. The move will take effect from April 4th. Schmidt will now stand…

Looking for a follow up to Google's Nexus One handset? Well it looks like you're out of luck, as Google CEO Eric Schmidt has said the company has no plans for a Nexus Two. "It was so successful, we didn't…

Day 3 of MWC 2010 draws to a close, and today surprisingly saw quite a few animal-inspired devices. Obviously yesterday we had the Puma Phone, but today saw Sonim launch the XP2 Spirit with its sturdy sheet of protective "Gorilla…

A wave of change is on its way at Google HQ, if their MWC 2010 keynote speech is anything to go by. According to CEO Eric Schmidt, mobile software will be taking precedence over PC software in Google's roadmap. "The…

When Google CEO Eric Schmidt was asked what he thought of Twitter, at a technology conference hosted by Morgan Stanley yesterday, he came out with the following gem: “Speaking as a computer scientist, I view all of these as sort of poor man’s email systems”.

Ouch. Now that’s the sound of a man hurting. Hurting because his company didn’t see the microblogging revolution coming? Hurting because they did, and backed the wrong horse – buying up Jaiku rather than Twitter? Maybe he’s just hurting because people are hacking Google to display Twitter results.

“In other words, they have aspects of an email system, but they don’t have a full offering. To me, the question about companies like Twitter is: Do they fundamentally evolve as sort of a note phenomenon, or do they fundamentally evolve to have storage, revocation, identity, and all the other aspects that traditional email systems have? Or do email systems themselves broaden what they do to take on some of that characteristic?”

“I think the innovation is great. In Google’s case, we have a very successful instant messaging product, and that’s what most people end up using. Twitter’s success is wonderful, and I think it shows you that there are many, many new ways to reach and communicate, especially if you are willing to do so publicly.”

He also gave a quick mention of Google’s new Twitter account, but got a little confused by the character limit, claiming @google is somewhere to “go ahead and listen to our ruminations as to where we are and what we’re doing in 160 characters or less”. Actually Eric, it’s 140. 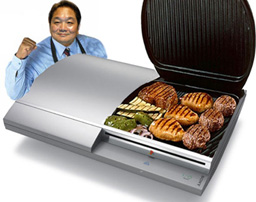 There’s now less than one week to go until the iPhone launches in the US, and there’s only so much hype that can be reported. Much of the news has been focused on the latest tidbits of information that Apple has chosen to reveal, or has been ‘leaked’ to the press.

The big news, features wise, is that YouTube will be on the iPhone, starting with 10,000 videos converted to the iPhone-friendly H.264 format, and with the entire catalogue converted by the autumn.

Apple has updated its battery life claims – now you’ll get up to 8 hours of talk time. Impressive, if true.

Macworld reports that Google and Apple will work together on many more partnerships, according to the CEO of Google, and Apple board member, Eric Schmidt. Possibly fuelled by the knowledge that the iPhone will contain a number of Google applications,…