Despite not owning one personally, I’m a big fan of the Logitech G15 keyboards. The LCD display and macro buttons really rule the roost when it comes to gaming keyboards. Info has leaked out this morning, however, about a successor, which seems to be called the G18.

From the image above, we can tell a few things. It’s got double the number of macro keys on the left hand side (6 to 12), some sort of D-pad, and nicest of all, a full-colour LCD screen, replacing the G15’s single-colour LCD.

When we spoke to Logitech this morning, they had no comment, so this is probably a few months away from being announced, but we’ll have the full details, and a full review, as soon as it’s released.

The Pure EVOKE Mio comes in six “striking” colours – chilli (red?), chocolate (brown?), moss (green?), nicotine (yellow?), candy (pink?) and midnight (black?) – with the leather-esque front of each unit colour-coded so it’s as much fun to look at as listen to. Almost.

One of those colours is fictional, by the way. Can you guess which? That’s today’s FUN QUIZ! The Mio is rechargeable, apparently…

Of all the colours, we’d imagine it’ll be the bubblegum pink model that will be discounted first. That’ll have £100 knocked off its price after three months when they start piling up in the showrooms.

Then the brown one will come down in price, as we’d imagine not many people want brown laptops either.

But! What people do want at the moment is cheap, low-spec netbooks…

It would be easy to be cynical in this post, given the huge range of Eee models available, but no, I’m applauding Asus for this. They’re launching a couple of new colours for the really rather nifty Eee PC. Cherry red for the 901, and purple for the 900XP…

Nokia’s new Supernova range has “the allure of the latest statement handbags or must-have sunglasses” according to the official press release. Fantastic.

Yup, according to Akihabara News, who claim the specs will remain the same as the previous model, and should land in Europe sometime within the next few weeks.

Considering the phone’s definite ‘fashion’ appeal already in just the black and silver colourways, I can’t… 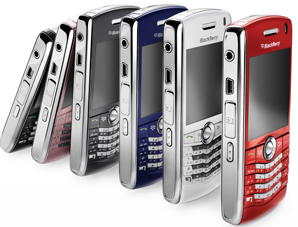 BlackBerry wishes to remind everyone of their Pearl colourways whilst the Mobile World Congress is a-happening, because having a choice of pink, titanium, blue, sunset red, amethyst and black phones is just as important as Nokia’s N96. Maybe.

We’ve seen some of the colours before, but here’s…

Who wants boring blue-tinged transparent water flowing from your taps when you can mod your system up with some speccy COLOUR-CHANGING lights? It’d be like a party in your bathroom, just add some doof doof music and you’re off!…

The New Scientist has a little feature on GlowBots, a clever little invention that features at Siggraph 2007.

GlowBots are tiny little flashing, mobile robots that display patterns of colour. If you like a pattern you shake the GlowBot up and down… 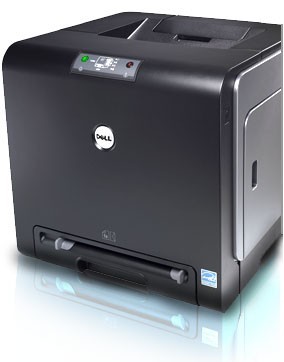 Dell has announced the launch of its new Colour Laser Printer 1320c, its smallest ever printer designed to fit on your desk.

Designed to replace the current 3010cn, it offers three times the colour print speed, at up to 12 colour A4 pages per minute, in a more compact design and costing £226.OI

It can also print in black and white at up to 16 A4 pages per minute. It has just two buttons to control it, and features side loading toners which are simple to fit and promise to be mess-free.