We did gaming as art, here’s art as games. An enterprising young chap has recreated Van Gogh’s “Starry Night” painting (pictured) in the form of a Counterstrike map. It’s stunningly beautiful, and a reminder that gamers, even though we like killing things, appreciate beauty, too.

Check out a video tour of the map over the jump and marvel at amount of Van Gogh references crammed into this creation. Rock, Paper, Shotgun asks ‘What long-dead artistic visionary would you base a game on?’. I’d go for Edward Hopper. His use of light rivals anything that a modern 3D game engine could cook up.

The Unfinished Swan is a forthcoming indie game / tech demo, made in XNA by a chap called Ian Dallas. It’s set in a completely white world, and you’re equipped with splats of black paint which you use to view the area around you. The goal is to find your way to the exit…

You’ve got to admire the Dutch. Besides having some of the most lenient marijuana laws in the world, they also make some amazing cars. This particular model boasts 14 speakers, from woofers to tweeters, and you can bet it makes quite a racket. It’s actually a piece of artwork, designed so that it can be driven somewhere, and then decks hooked up on top as a portable soundsystem. Oh, and it’s available to rent.

I don’t know about you, but I tend to want a Bluetooth headset that doesn’t draw attention to my ear. That’s not how Bluetrek thinks – it has launched limited edition versions of its Bizz and UFO headsets, each one decorated by artist Manuel Angot… 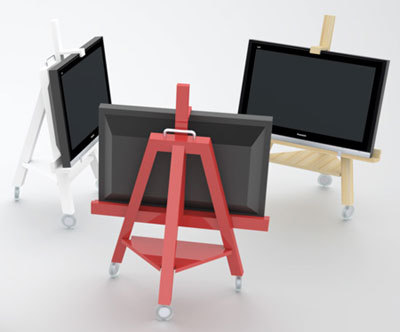 Let’s be honest, TVs on walls look a bit odd and most TV stands seem to have been designed sometime in the mid-1980s. But don’t despair – the TV Easel might soon be here. 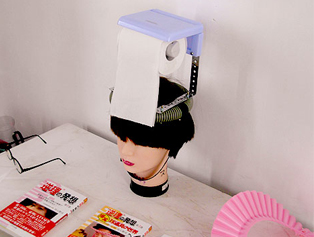 I’ve stumbled across the Japanese artform of Chindogu, which directly translates to ‘unusual tools’, devices which aim on making life easier, but just end up being more inconvenient.

The inventor, Kenji Kawakami, has created ‘inconveniences’ such as an electric fork, a toilet roll dispenser hat for people with “serious sniffles” and double-sided shoes, which are all shown under the jump.

Wonder if LG took inspiration from Kawakami when they designed the MP3 player washing machine? 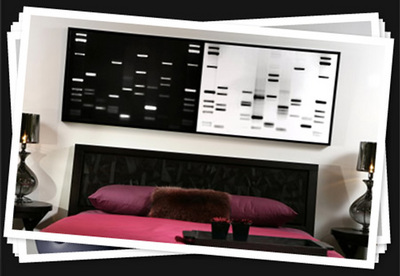 Wouldn’t it be great to have your living room wall adorned with your very own DNA. No, I don’t mean weeing on it or daubing your name in blood. I’m talking about the bespoke DNA portraits produced by a firm called DNA 11.

Piczo’s always been praised for allowing the creative juices to flow in teenagers, with users able to fully customise their profiles with colours, glitter and all manners of appealing-to-teens pixels. With the launch of Piczo Zone, however, the kids can really turn themselves into 21st-century Van Goghs.

This new feature allows users of the social networking site to share their content which they’ve created across various sites. The creative content designed by the young users can be found by searching the various…

And politicians wonder why this country is going to the dogs! When companies like Suck UK and Firebox are flogging trains you can graffiti yourself, there’s little wonder kids do this to trains nowadays. I just realised how much I’m beginning to sound like Jack Thompson, argh.

Still, even if they are possibly encouraging kids to vandalise public transport, these graffiti trains from Firebox do look like fun, and will allow you to live out the life of Banksy in your very own house. Each train is like a blank canvas…

Finally we managed to convince one of the Shiny men to do a video review with us, and what better person to ask for this Wacom Bamboo Tablet, than Sheldon, our web designer? In this video,..