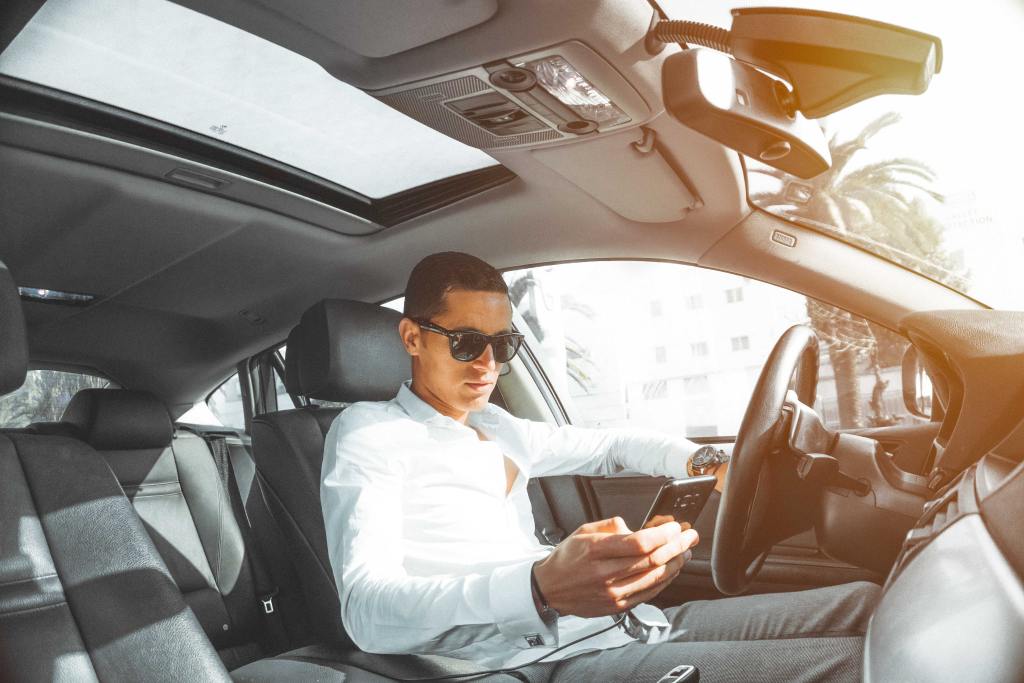 With the Department of Transport having announced a review of roads policing to look at ways of reducing road casualties and deaths, Venson Automotive Solutions has produced a survey about the role technology plays in car accidents.

According to its survey, just 13% of motorists admit to being side-tracked themselves by in-car technology when driving. However, 68% said they had noticed an increase in other drivers being distracted by dashboard controls or using their mobile phones.

38% of drivers surveyed, said that they used hands-free/Bluetooth in-car technology for making phone calls whilst driving. But when it comes to using their phone as a satnav, nearly a fifth admitted to balancing the phone somewhere to keep an eye on it, such as a cup holder.

Drivers currently risk six penalty points on their licence and a £200 fine if they use a hand-held phone or satnav when driving. For motorists who passed their driving test within 2 years of being caught, the consequences are even more severe – they will automatically lose their licence and have to reapply and pay for a new provisional licence – passing both theory and practical parts of the driving test again to get a full licence.

However, the Venson survey shows that people’s appetite for more advanced in-car tech is growing – even if it isn’t in their current vehicle; 67% saying they would use a dashboard satnav if it were available in their car and nearly 50% of people surveyed said that they would like to have an emergency call button in their car in case of being involved in a road accident.

An app which informs the driver about the health of their vehicle’s tyres would also be welcomed by 48% of people and 43% would make use of driver assistance technology  such as cruise control, lane departure detection and speed limit exceeded notifications.  In contrast only 26% of people surveyed said they would like to see entertainment or lifestyle dashboard technology such as apps that play music or offer concierge services.

“We may have some of the safest roads in the world, but anything that can be done to reduce the number of casualties on our roads is to be welcomed. The advances made in in-car technology have moved on very quickly, and as they become standard in new vehicles, the scope for driver distraction also grows. We look forward to the results and recommendations from the DfT review and would encourage businesses and fleet managers to get involved in the consultation process.”

The review is open for input until 5th October 2020.   More information can be found at: