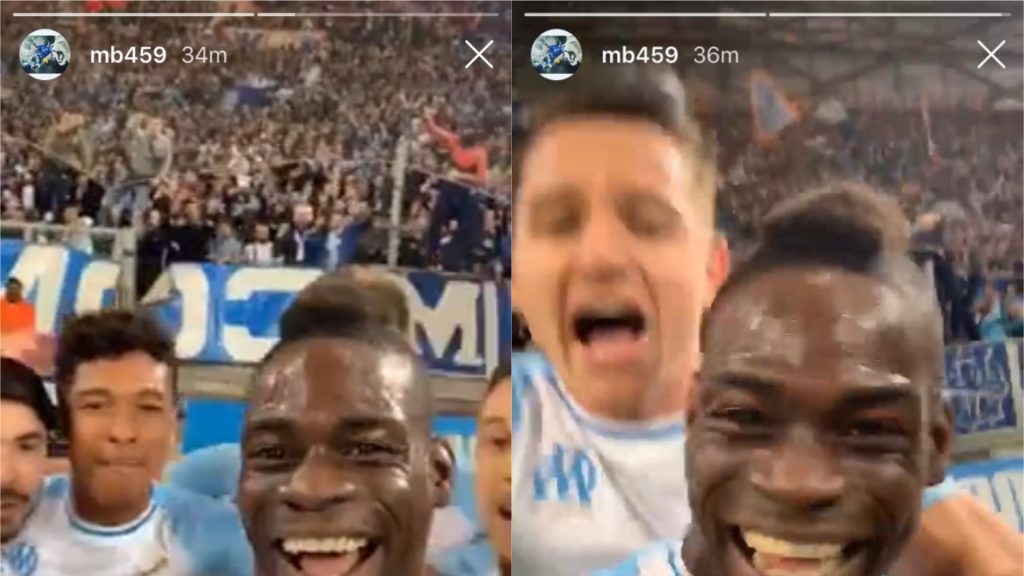 Mario Balotelli has added another chapter to his book of goal celebrations by going live on Instagram after scoring for Marseille.

The former Manchester City striker, 28, swept home a remarkable volley for the home side against St-Etienne just 11 minutes into the Ligue 1 game.

The Italian then had the presence of mind to reach for a phone from a cameraman behind the goal, and proceeded to record himself, his teammates and the fans on his Instagram profile.

Balotelli is no stranger to eye-catching celebrations. The forward revealed a top emblazoned with the words “Why Always Me?” during City’s 6-1 win against Manchester United at Old Trafford in 2011.

Then, after a particularly good goal against Germany at Euro 2012, Balotelli removed his shirt and flexed his muscles in celebration.

His latest effort is surely a first in top-level football, however.

What next for the showman striker?