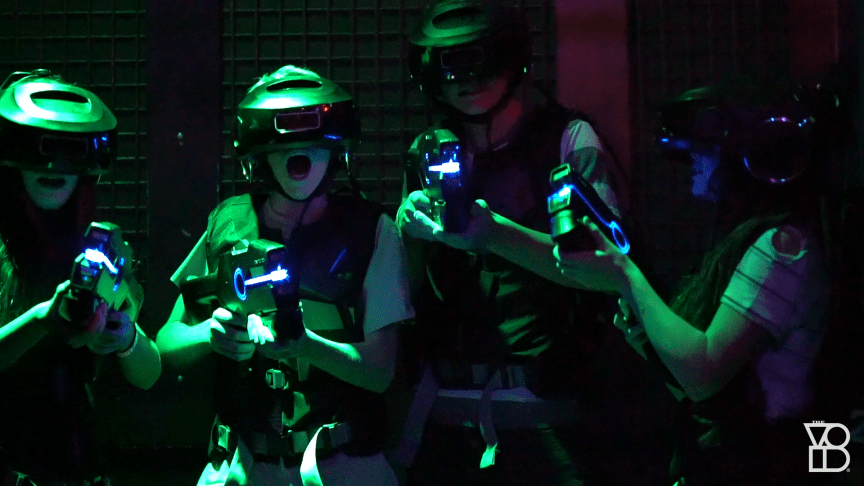 Due to a great response from fans and critics alike at the Westfield London location in Shepherd’s Bush, ILMxLAB and The VOID today have announced Star Wars: Secrets of the Empire, is moving to Westfield Stratford City next month.

This first multi-sensory immersive virtual experience, has been designed to blur the line between the physical and virtual world where you move freely, hear, touch, feel and even smell an environment as you explore it with friends and companions.

Star Wars: Secrets of the Empire claims to take guests deep into the Star Wars universe allowing them to walk freely and untethered on an interactive stage.

Under the orders of the rebellion, teams of four travel to the molten planet of Mustafar and sneak onto an Imperial Base. During the mission, they’ll encounter familiar Star Wars characters as they navigate dangers at every turn!

“Hyper-reality experiences allow us to fully immerse ourselves within worlds that were beyond our reach until now.  The power of The VOID will allow guests to step into Star Wars: Secrets of the Empire and not only see this spectacular world, but also hear, feel, touch and even smell as they realize they are a part of this incredible story.”

“Star Wars: Secrets of the Empire will bring much-loved characters and stories, and the sheer exhilaration of Star Wars to life for UK audiences in a spectacular and immersive way, and we can’t wait to have people experience it at Westfield Stratford.”

Designed to be socially interactive, this ground-breaking immersive experience will open to the public for a limited time only at Westfield Stratford City in the Arena on the first floor starting at 10:00 a.m. on 29 March, giving Star Wars fans the opportunity to step beyond reality and into the iconic universe. Tickets are available now at www.thevoid.com/locations/londonstratford.

You can see more information about Star Wars: Secrets of the Empire in this YouTube video below: