So, just about a week of shopping time left to go, and you are going to have move swiftly if you want stuff delivered to your home. Here then is what is on our Christmas shopping list

Design your own Christmas cards for a special friend or loved one at Mixbook Photo Co. Prices start from a very reasonable 55p! 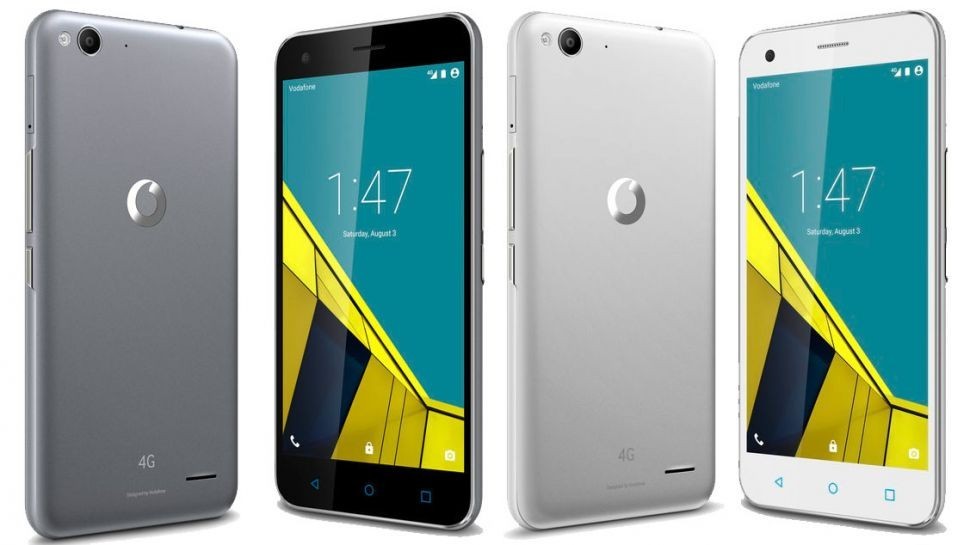 This mobile is just insanely cheap. Not much more than £100 for a 4G handset that pretty much has all the required smartphone bells and whistles. Yet in spite of the price it just works. It may not have the quickest processor, but its screen is excellent, it looks pretty stylish and boasts decent battery life. Our only criticism is that its camera is a bit hit and miss. Still, this is excellent value for money – if you’re Voda customer and want a quick and inexpensive upgrade you can’t do much better than this.

Google Nexus 6P – from around £27 per month on contract 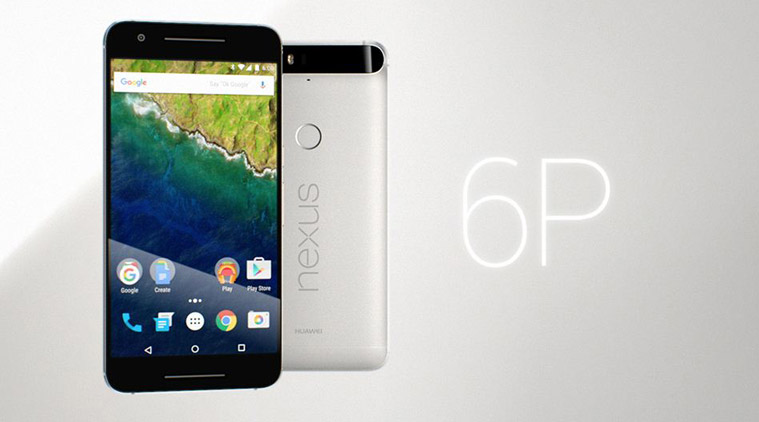 In a slightly surprising move Google has shrunk the the screen size of the latest version of its Nexus 6 smartphone. So for the 6P, which incidentally is manufactured by Huawei, you get just 5.5inches of display. Yet what a great screen it is. The phone is a top-end Android handset that has loads going for it. It has a super quick processor, features the latest flavour of Android (Marshmallow) and its camera is among the best in the smartphone universe. It might not have the flash value of the Samsung Galaxy Edge, and wireless charging would have been nice, but as an all rounder this really is an excellent value for money smartphone. 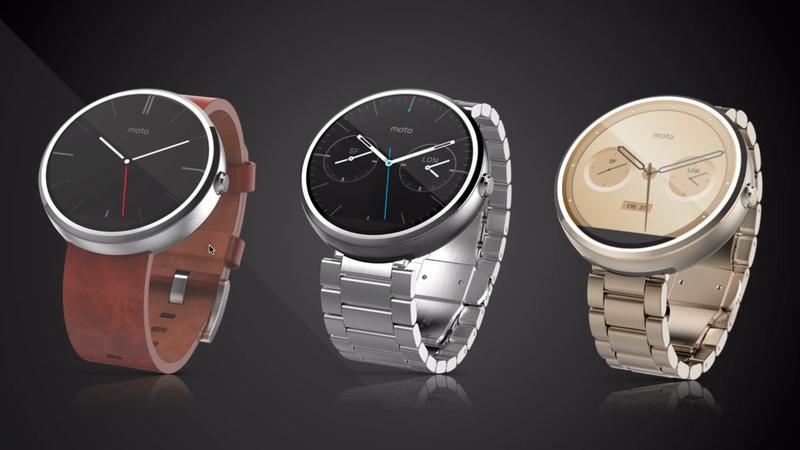 Moto’s first smartwatch was arguably the one that kickstarted Google’s Android Wear as a serious smartwatch player. With the 360 2 it has built on that solid foundation. With its striking round fascia and metallic casing (and on the model I tested strap too) it is still IMO the classiest looking budget smartwatch – though the Huawei runs it close. The fitness facilities are good, the notifications are seamless and there are now loads of fun apps for Android Wear. For the money, once again, this is really good value. 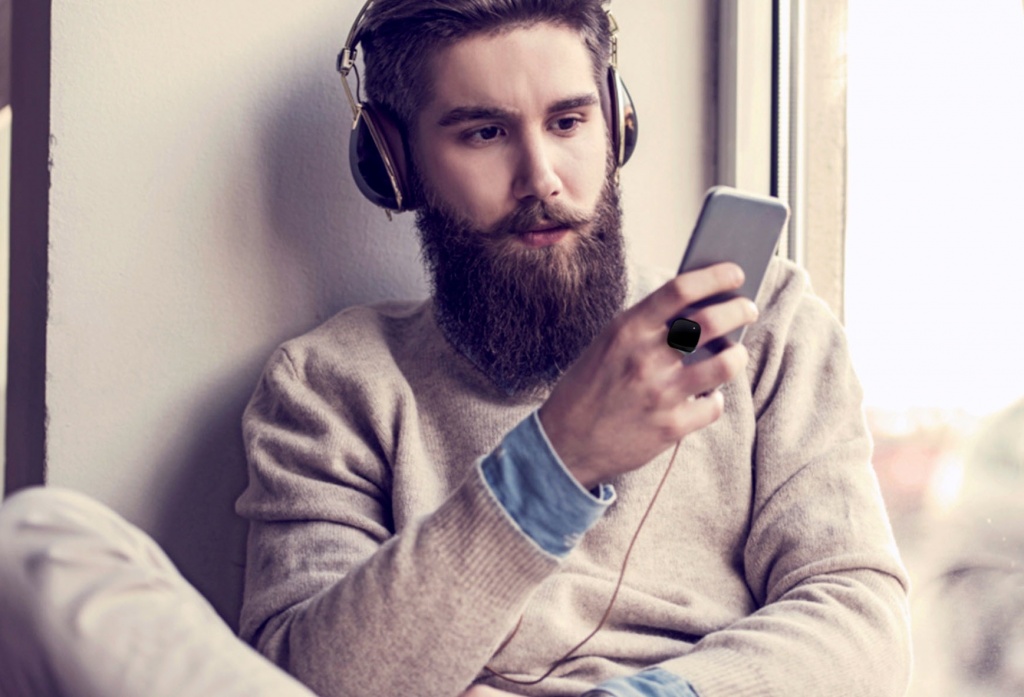 Next year is likely to be a big year for the smartring, as rumour has it both Apple and Microsoft have versions in the pipeline. Until then the two rings to look for are the Ringly – which focuses on delivering notifications – and neyya, which kind of acts as a remote control for your smartphone, PC or external devices like a GoPro. This means you can control Spotify, take selfies and change the channel on your TV just by tapping on the ring. It is a unisex design, and its thumbs up from Donna Karan and Vogue means it is clearly going to be hit with fashionistas as well as the techies. This is an ideal gift for a business professional who gives a lot of presentations. It really is a cool way of operating PowerPoint. 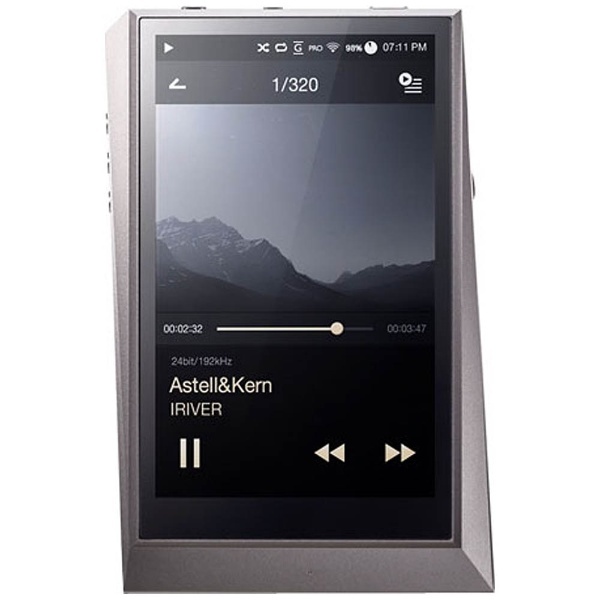 Love high res music? Then one thing that ought be on your Christmas list is the AK320 from Astell&Kern. They bill it as the ultimate portable music machine, and with its stunning design – and high end- audio reproduction they have a point. 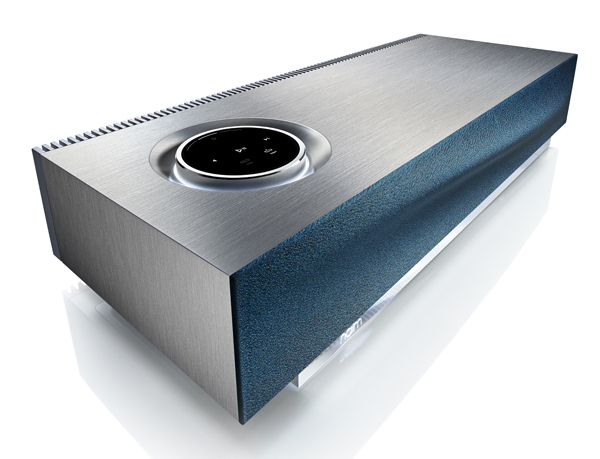 This year has been all about the smart speaker and the model that has captured our imagination, both for its forensically accurate performance and its stunning design, is the Naim Mu-so. It boast six drivers which pack a serious punch both in terms of volume and its bass performance. But there no sacrificing sound quality which is stunning. It is controlled by an app, is compatible with Spotify, Deezer, Tidal and you can also play your own music via a USB socket. Those grilles are interchangeable too, so you can match the speaker to your room. 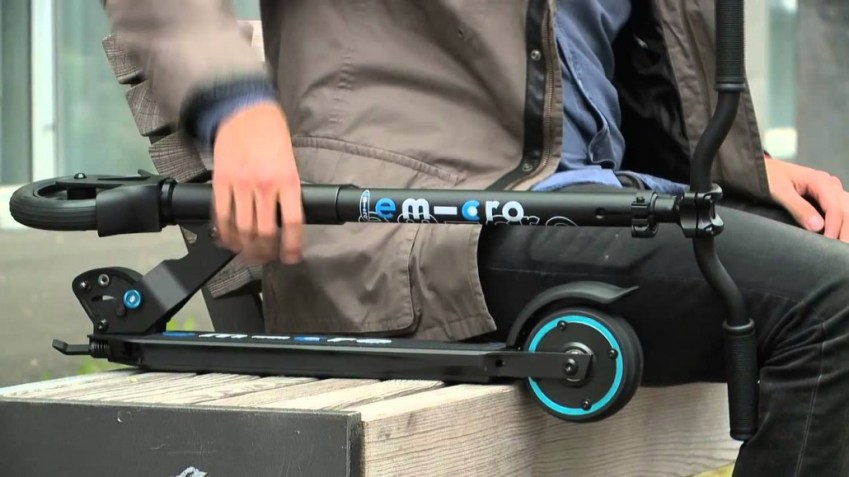 This may look like a bog standard scooter, but firstly it is a powered version, and secondly it is controlled by a person’s motion control sensor. This allows riders to start and control their speed through body movement. The big advantage of this is that take less out of the battery meaning that you can go longer using it. A hour’s worth of charge will keep you going for around 10 miles. It is a huge amount of fun too. 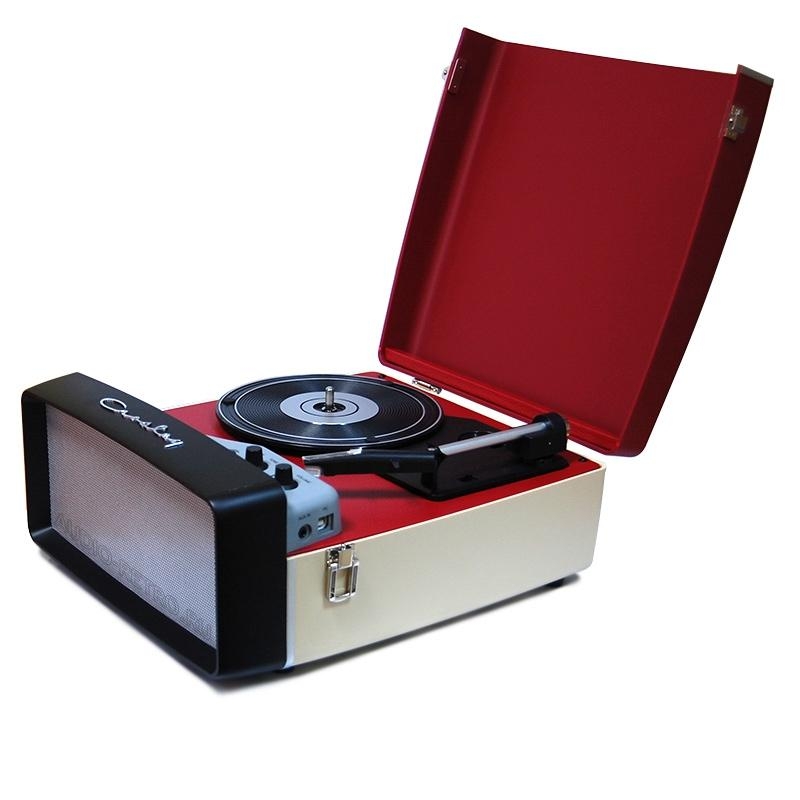 If you want a budget turntable, then this retro-styled looking record player is not only striking looking but it has a warm sound quality that gives it the edge of over a growing number of wannabee turntable rivals. Like most Crosley turntables you can also hook it up to PC via the USB to make digital recordings of your vinyl. Also take a look at the Crosley Executive, a classy looking record player in a case. 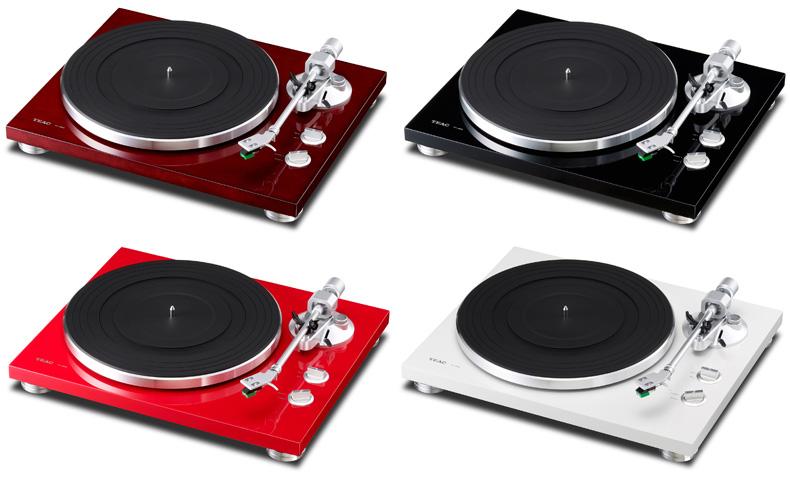 Yep, you aren’t dreaming. You might have seen this record deck in Tesco. The TN-300 is a really great looking and top sounding turntable at a very sensible price. Its build quality – it is mainly made from metal – makes it super sturdy, which is essential for keeping vibrations (and distortions that follow) to a minimum. It sports a USB connection and there’s a phono stage which makes it compatible with most amps. 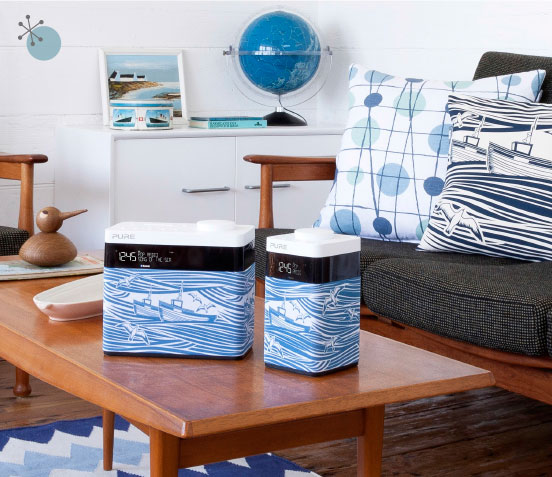 Christened Pop because of its very cool pop up on and off button, the Maxi is the top end pure digital radio/audio player. There’s instant access to loads of digital and analogue stations, as well Bluetooth so you can link other devices to it. Sound quality is great for a small radio. We especially love this nautically themed version. 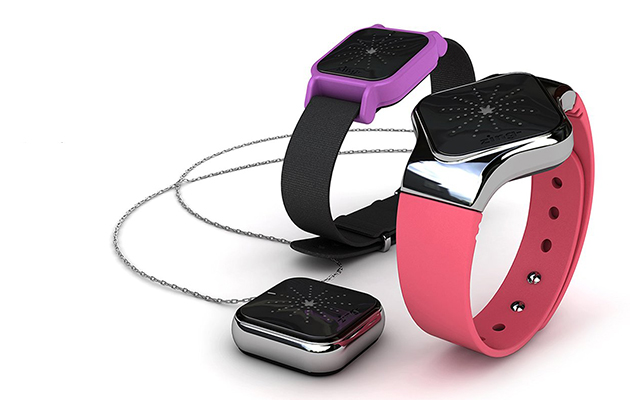 Developed by a team from Cambridge the Zing is a fun wearable, with tons of features, that is aimed at teenagers. It can be worn as a watch or a pendant and it will keep you abreast of your daily activity as well as the time. It also doubles as control for your phone via Bluetooth, so you can take selfies or change tracks. 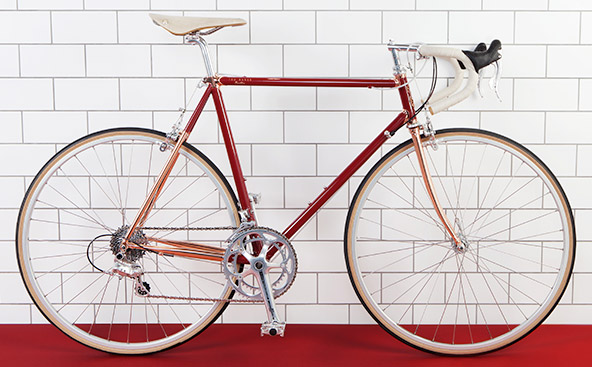 Rather lovely Italian-inspired racer, which is available in three striking colours – “Redfinn, Bluetail or Greengill” colour from £1995. Apparently they boast a unique copper-plated design over a fine steel frame, as well as leather-taped traditional curved drop bars. Not surprisingly given the fairly hugh price they have been equipped with high-end racing components by Campagnolo and Dia Compe. 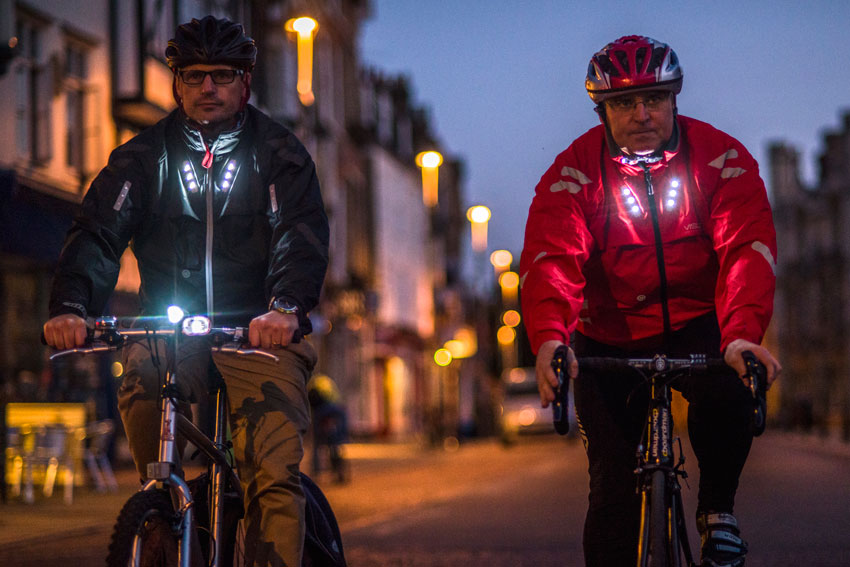 This award-winning unisex jacket is perfect for anyone who wants a subtler take on ‘high-vis’ (at least, if you buy the black version). A lightweight waterproof jacket in its own right, a simple press of a button sees it light up like a Christmas tree, sending 23 flashing LEDs into the darkness around you. These LEDs are powered by a USB-rechargeable battery which is very useful. Not only do the lights flash white at the front and red at the back of the jacket, but they also glow when you lift your arm to indicate – leaving any drivers behind you in no doubt as to which way you’re turning. 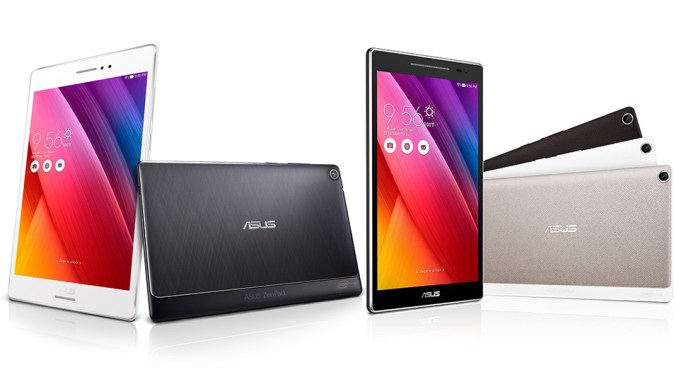 It’s certainly not going to rival more expensive and superior spec tablets like the iPad Mini, but given its £99 price tag (recently reduced from £119) the ZenPad was never expected to. For surfing the web, accessing emails etc. it’s a great little device with a lovely bright 8 inch screen. An Android web tablet, it runs an adapted version of the latest Android 5.0 Lollipop operating system and there’s a Micro SD card slot for expanding storage beyond the 16Gb provided.Although I wouldn’t recommend it if you spend too much time playing audio (the onboard speaker is very tinny) battery life is very good – up to 16 hours with £35 optional extra power charging case. 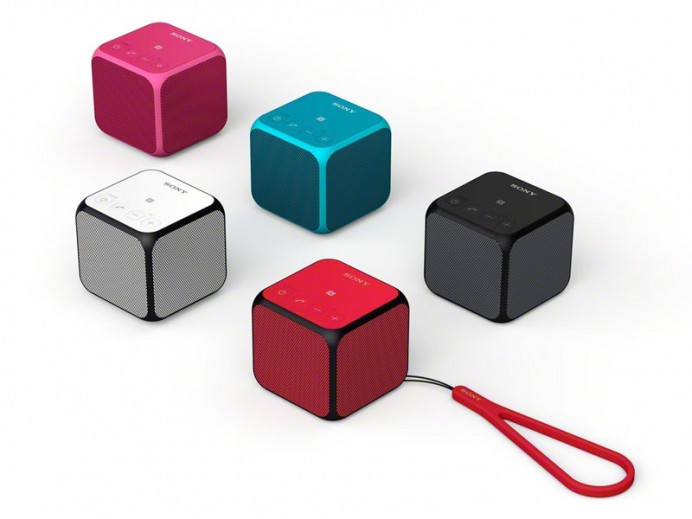 These are really cute mini speakers which connect using Bluetooth or with NFC One-touch to your mobile or computer. They come in pink, blue, white, red and black and charge via a USB. Battery life is apparently around 12 hours. 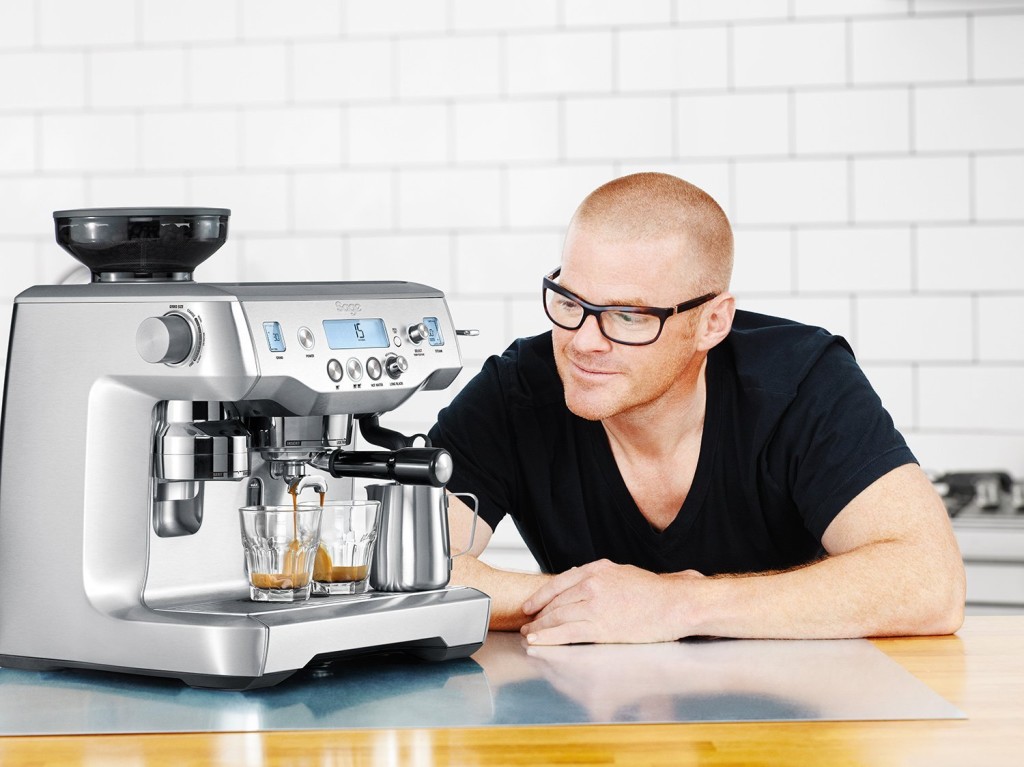 Well I am not sure what Heston knows about coffee, but this high-end coffee maker is not just stunning but apparently brings artisan coffee to your home at a slightly higher than artisan price. It has automatic grinding, dosing, tamping and milk texturing, to keep things simple. Did we mention that it looks amazing too?