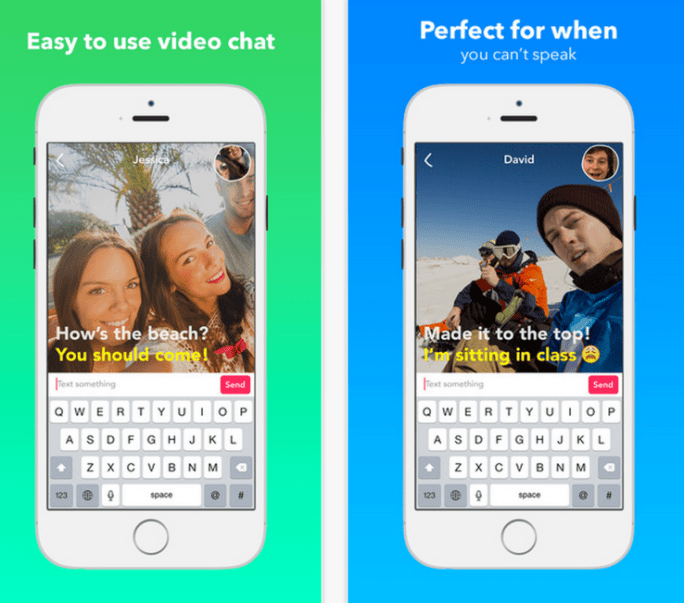 Not sure the world exactly needs a new messaging app. But that’s exactly what it does have now thanks to the launch of Livetext. Having decided to refocus its brand on mobile and video after losing ground in the search engine market, Yahoo (when did it drop the exclamation mark?) unveiled its new messing app to a New York audience yesterday.

Livetext features peer-to-peer text, emoticons and videos, but without audio, making it perfect for communicating with friends who have annoying voices! It’s available now for iOS and Android devices in the US, UK, Canada, France and Germany. The tech giant hopes it will prove a worthy rival to WhatsApp, Snapchat and others.

During the demo, Senior Director of Product Management Arjun Sethi started live messaging sessions with several friends and co-workers, sharing video footage with each other.

“We wanted to create a new way to communicate, blending the simplicity of texting with the emotion and immediacy of live video, to make your experience spontaneous and real,” Yahoo’s Adam Cahan said at Livetext’s media launch event in New York City.

So if Snapchat, WhatsApp, Snapchat, Facebook messenger, Google Hangouts, GroupMe, FaceTime, iMessage, Skype, and even Blackberry messenger (yes, it’s back), texting and phone calls aren’t for you, there’s no better time to give Livetext a spin!